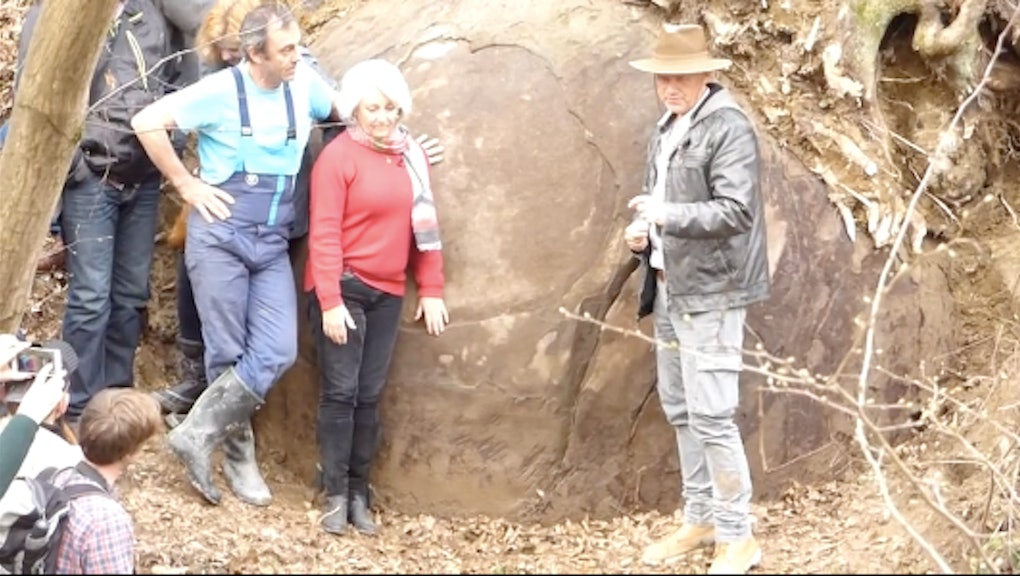 In the middle of a forest on the outskirts of Zavidovici, Bosnia, archaeologist Semir Osmanagich has discovered a very large, very round rock with a radius between four and five feet.

Possibly more than 1,500 years old, Osmanagich thinks this Bosnian rock ball may be "the oldest stone sphere made by human hands," according to the Telegraph.

Like any mysterious sphere uncovered in nature — and there are others — Osmanagich's is proving divisive.

Osmanagich, who also goes by Sam, has been "researching prehistoric stone ball phenomenon for 15 years," according to a post he wrote on the ball's discovery. Osmanagich believes the area used to house many more such spheres, but people cracked them open in misplaced pursuits of gold sometime during the 1970s.

According to the Telegraph, others in the scientific community are pushing back, saying the stone isn't necessarily man-made — that it could have formed naturally through the process of concretion. This is potentially because Osmanagich — known as the "Bosnian Indiana Jones" — has been "mocked" in the past for seemingly outlandish archeological claims, the Telegraph reported.

The subject of the stone's provenance remains open: a million human hands? Mother nature's careful crafting? Aliens? It's a mystery.