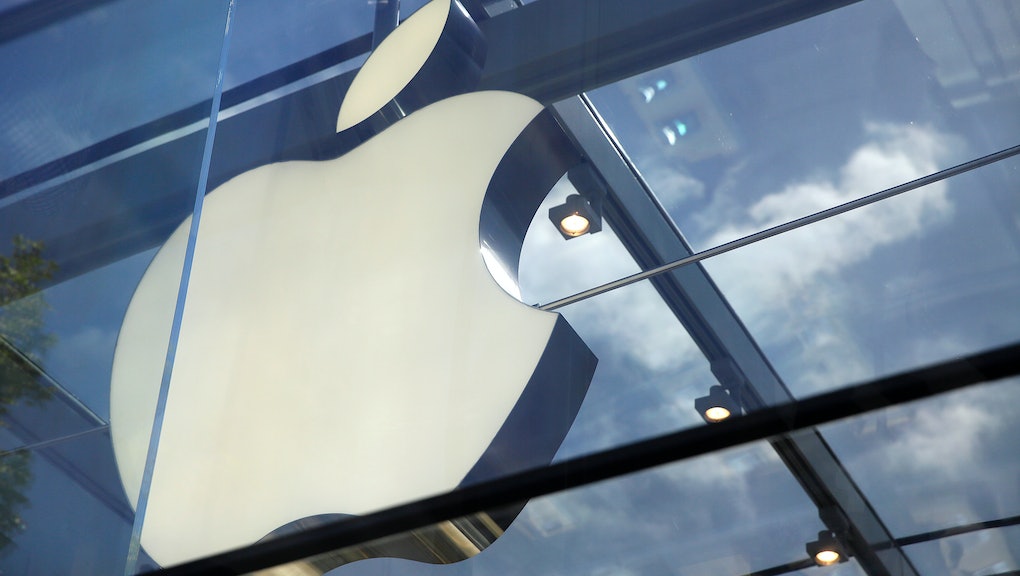 Rumor has it Apple is working on a self-driving car. Details are scant and Apple is mum on future plans. So as we wait to devour further information on this latest Apple device, Motor Trend has delivered us a little snack.

The car magazine brought together a team of faculty and students from the ArtCenter College of Design to imagine what Apple's potential vehicle might look like.

The result is something like George Jetson's flying pod, but with Tesla's falcon-wing doors and the Toyota Prius' turd-like shape. It's also gold.

The design is unlike some of the most well-loved car designs from purveyors like Ferrari, Bentley or Aston Martin. But that's because it's not really a car. As graduate student Akash Chudasama told Motor Trend, "It'll be a mobility device. A way of life. It won't be taking cues from an animal or something. Rather, it would be honest to what it really is. It's not faking its meaning."

The group sees a lot of potential in an iPhone-connected car and the uses it might inspire. "Owning a car in any city is a pain, so an Apple Car could make urban transit simpler," Tim Huntzinger, ArtCenter's professor of graduate-level transportation systems and design, told Motor Trend. "With iPhones in the pockets of many non-Apple Car drivers (and pedestrians), the whole urban system could be communicating with itself." That leaves a lot of opportunity for car-sharing in densely populated areas.

Unfortunately, this fan-fiction design is just that — a manifestation of a desire to know Apple's inner workings and upcoming products. To read about the team's full exploration of Apple's iCar, head to Motor Trend.