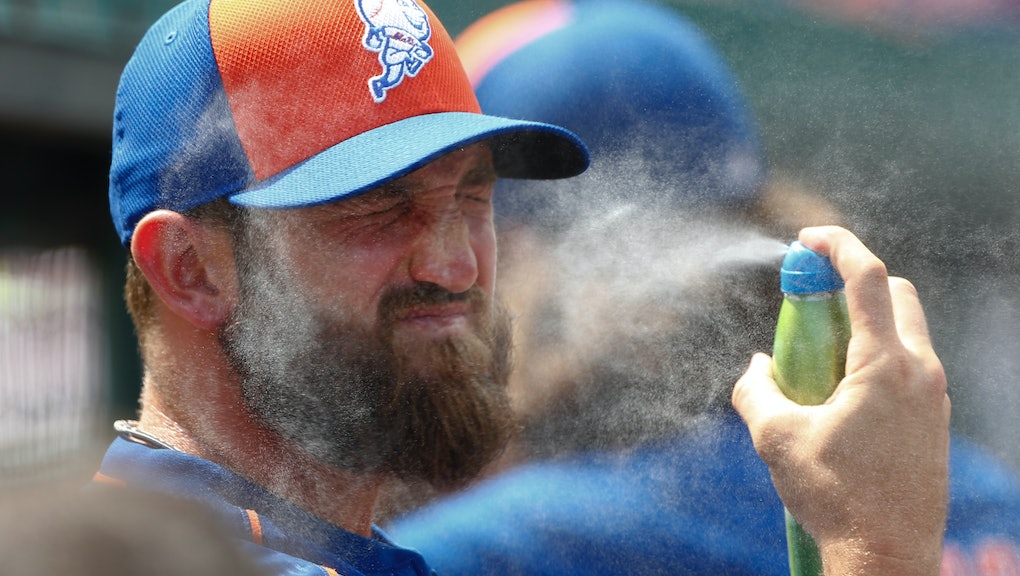 Using Sunscreen May Weaken Sperm Because Everything Good Is Also Bad, Science Says

When it comes to sunscreen, you just can't win. While it's commonly known that sunscreen is one of the best defenses against skin cancer, some controversial studies over the last few years have suggested that some of the ingredients in sunscreen itself may be linked to cancer.

And if that's not contradictory enough, this month researchers at the University of Copenhagen have discovered that many UV-filtering chemicals found in sunblock contribute to male infertility. According to the study, these chemicals have a similar effect as female progesterone and interact with calcium ions to interfere with the function of sperm cells.

Niels Skakkebaek, the study's senior investigator, and his fellow researchers tested 29 of 31 UV filters commonly used in sunscreens in the United States and Europe on live sperm, using a buffer solution that mimicked the real-life scenario of sperm traveling through the female reproductive system. 45% of the filters experienced an increase of calcium ions — key regulators of sperm function — which affected sperm mobility, for one.

As other virtually unavoidable factors — like using a WiFi-connected laptop — continue to threaten sperm health, scientists are looking for solutions to keep sperm viable. Just last month, a group of researchers in Spain found that exposing boar ejaculate — yes, boar ejaculate — to LED lights could help boar sperm perform better. If the same process can be applied to humans, their findings prove promising for preserving sperm for artificial insemination.

But in the meantime, Skakkebaek said he hopes researchers conduct more clinical studies on sunscreen to look into removing harmful chemicals and that regulatory agencies take their findings into serious consideration.