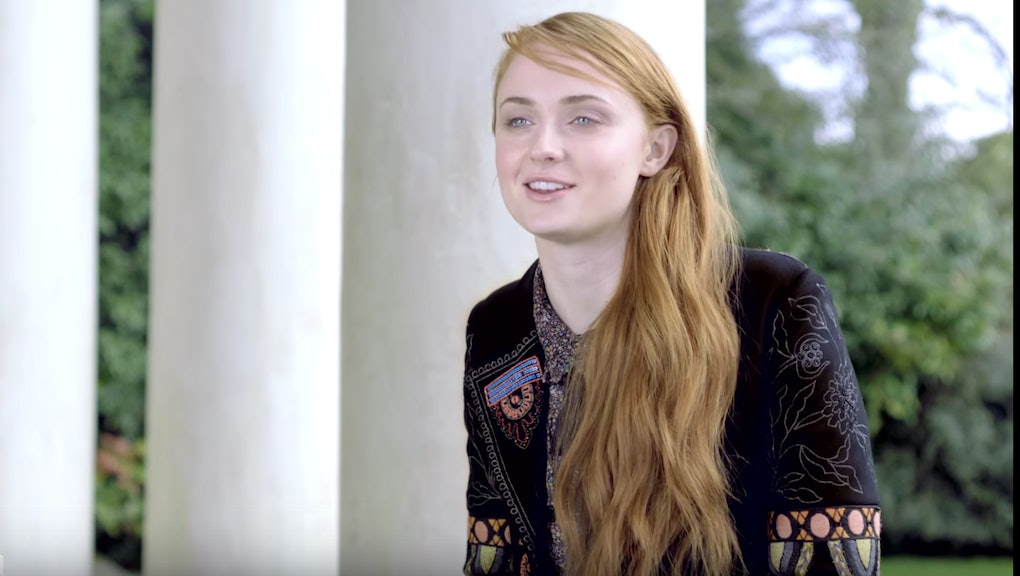 Growing up on the set of HBO's Game of Thrones would likely be a hardening experience — especially if your on-screen father lost his head at the end of season one. In a new profile, Game of Thrones actress Sophie Turner admits there was some turbulence in her personal life when she was first thrust into the spotlight.

In the piece, published by fashion label Net-A-Porter's magazine, Edit, Turner said she experienced body image issues at the onset of her career. However, after going through a "dark place," it was remedied with an intense exercise regime for her upcoming role in X-Men: Apocalypse.

"I went through a bit of a dark place, I was not happy with myself," Turner said. "I think for me, and for every young girl out there, body image is such a big thing, especially if you are in the public eye. ... So when I was forced to get into shape and eat healthily, my skin cleared up and I felt energetic all the time. It totally changed me."

Similarly, Turner said her on-screen character, Sansa Stark, will also go through an important transformation in season six. She'll be seeking revenge for her family members that have been unjustly murdered.

"She has to take command because Theon is a shell of the man he was, so this is her realizing that she has to take things into her own hands," she said. "Until now, it's just been about her survival and seeing her family again, but last season broke her, so I think she is gunning for revenge now, too."

On a lighter note, Turner also shared her best celebrity impressions with the magazine, which included a distinct rendition of Adele's "Hello" as her television brother, Jon Snow. Watch that video below.