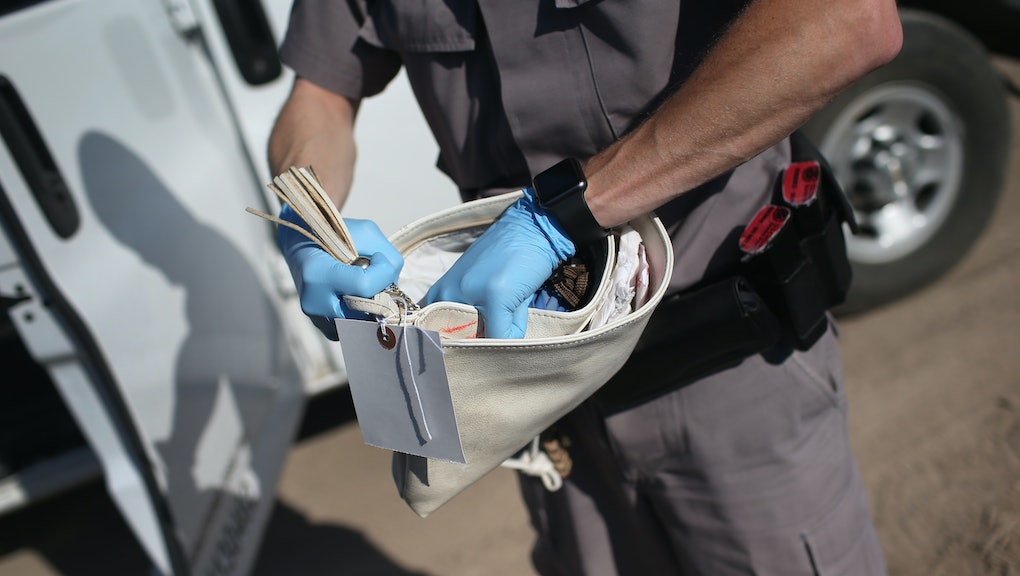 These Mexican Immigrants Are Suing the U.S. Border Patrol for Stealing Their Belongings

The journey to the United States is hard enough for an immigrant without having to deal with their possessions being stolen by the U.S. government.

Twenty-six undocumented immigrants from Mexico are suing the U.S. Border Patrol for stealing their belongings — including cash, IDs, cellphones, eyeglasses and clothes. According to the lawsuit, filed by the American Civil Liberties Union and several other civil rights groups from the U.S. and Mexico on April 6, Border Patrol agents failed to take inventory of possessions they confiscated between 2015 and 2016, then misled immigrants about how to get their belongings back.

"Shaking down poor individuals and depriving them of their valuables prior to deporting them is inconsistent with our values and the constitutional principles we hold dearly," Edgar Saldivar, a senior staff attorney at the ACLU of Texas, told Fusion.

Some complainants reported that officers even confiscated life-saving drugs to control cholesterol and treat other chronic conditions.

The ACLU pointed out that leaving immigrants without cell phones or money makes them vulnerable to exploitation.

"Without money, a recently repatriated person may have no means to pay for food or a bus ticket to leave the border region and may remain stuck and vulnerable to exploitation and abuse, as we describe here, in Ciudad Juárez, or in other border communities," the complaint reads.

José Reyes Lopez, a 23-year-old Mexican citizen, said that in February of 2016, Border Patrol incorrectly recorded the amount of money that they took from him. When he was sent back to Mexico, he received none of the $673.48 he had when he crossed. They also failed to return his voter ID card, meaning he had no valid ID with which to find work.

"After Border Patrol agents disposed of her medications, they refused to provide Ms. García with medical attention..."

"After Border Patrol agents disposed of her medications, they refused to provide Ms. García with medical attention to address her chronic cholesterol or kidney conditions," the complaint reads.

In an email to Fusion, Department of Homeland Security deputy press secretary Gillian Christensen said that items belonging to those detained should be returned.

"DHS has strict standards in place to ensure that detainee's personal property—including funds, baggage and other effects — is safeguarded and controlled while they are in detention and returned to them when they are released from CBP/ICE custody or removed from the United States," she said

Christensen added, "any allegation of missing property will be thoroughly investigated."

But the lawsuit is about more than these 26 individuals' belongings. ACLU wants to make sure Border Patrol neither intimidate nor treat immigrants badly or unfairly in the future.

"DHS should take a serious look into its agencies' policies and practices that dispossess non-citizens, including asylum seekers, of their most basic belongings," the ACLU's Salvidar told Fusion.