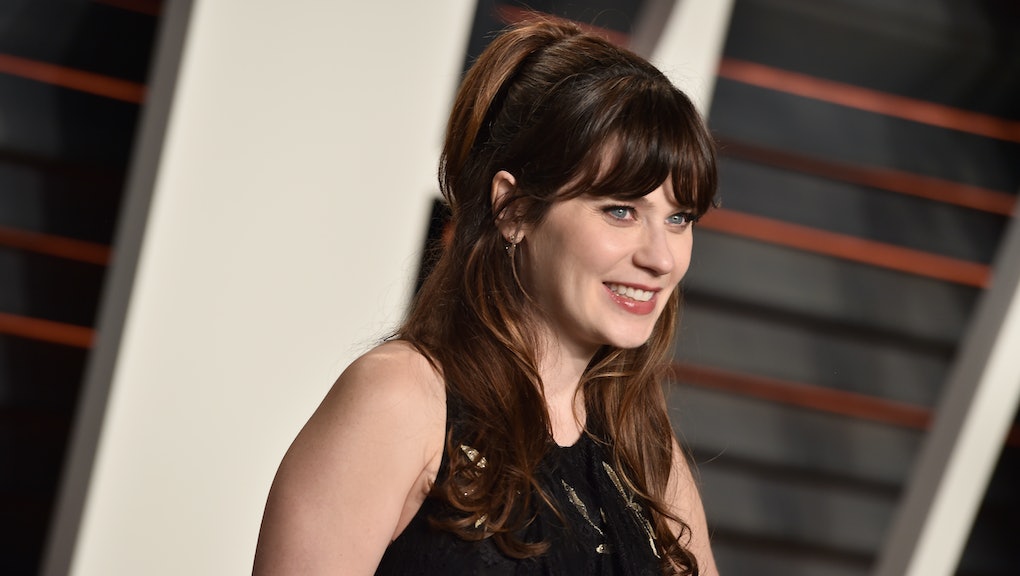 Zooey Deschanel — a woman who is decidedly not adorkable — is troubled by Hollywood's toxic obsession with post-baby bodies.

In an interview with women's magazine Redbook, the New Girl actress, who gave birth to her daughter Elsie Otter last summer, said:

To expect someone to look like her pre-baby self immediately is odd. Because you just grew a human and then birthed that human—there's a lot that needs to go back to where it was. All your organs move around, for chrissakes!

Indeed, babies are humans, and the ladies who birth them are humans as well. And it is well known that giving birth to them can result in some degree of weight gain (also a mangled vagina, as fellow celebrity Anna Faris pointed out earlier this week, but that's neither here nor there).

Nevertheless, women are constantly barraged with tabloid headlines praising celebrities who quickly regain their pre-pregnancy figures. In some cases, they're even fitter than they were before, as if to say, "Who? Me? A human in my uterus for nine months? My body barely even noticed!"