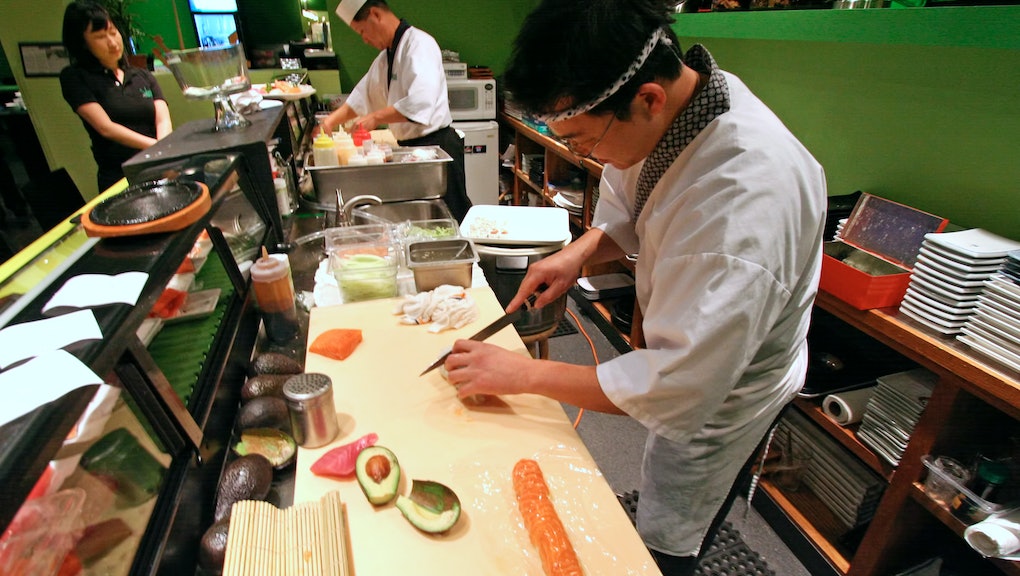 Pollution Is Turning Your Sushi Into a Biological Weapon

As you read this, a protein in your body called P-gp is hunting down and ejecting unwanted chemicals from your insides. It's a critical defensive measure we rely on that pretty much makes sure you aren't constantly getting poisoned.

But new research suggests there's something in seafood that could make that protein worthless — and compromise your body's ability to protect itself.

Researchers tested yellowfin tuna, a fish you'd commonly find in sushi rolls, along with human blood and urine to detect traces of Persistent Organic Pollutants, like the pesticide DDT and flame-retardant chemicals.

Read more: You've Probably Been Eating Sushi Wrong Your Whole Life — Do It Right With These Tips

Agricultural and industrial pollutants like fertilizers and ammonia drain off into rivers and streams, degrading water quality and ending up in the ocean — and the fish we eat every day. But researchers from the University of California, San Diego, hypothesized that those POPs also have a serious impact on your P-gp protein's defense capabilities.

There are a ton of different chemicals that regularly get into your body, so the team focused on the 10 most common chemicals they found. All of them interfered with P-gp's ability to protect your cells. It's as if P-gp is a security guard that, after interacting with the pollutants, can't stop riffraff from entering the building.

But it gets worse. One of the pollutants, a flame retardant in upholstery materials called PBDE-100, basically latches onto and poisons your body's security guard. And when you consider that fish can carry multiple pollutants, that's like if a biker gang — or a drunk bachelor party — were just breaking down the doors of your anatomical club, ready to rip the place to pieces.

Human babies and larval-stage fish are at a much higher risk for the P-gp failure because breast milk can have high concentrations of POPs, depending on how often the mother eats fish. The same danger goes for larval fish, since P-gp has to fight against all sorts of other marine pollutants, like oil at spill sites.

Either way, all of that crap gets into the fish we eat, and in turn, the pollutants the fish carry make our immune systems worse at fighting toxins.

This isn't just a problem with gas-station sushi or the fish sandwich you got from the corner store. This is everything that swims in water touched by human intervention — which is pretty much all of it.