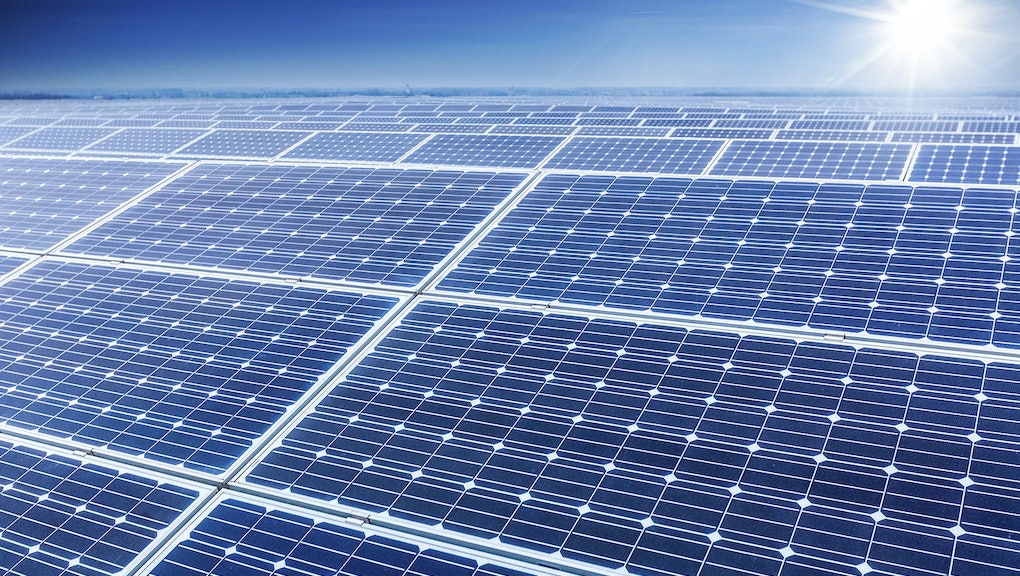 City Rooftops Could Supply Nearly 40% of US Power, Study Says

Rooftops could be the next big bet for bringing clean energy to more United States households.

The National Renewable Energy Laboratory released a report in March that said if we slathered viable American rooftops with solar panels, the U.S. could potentially produce enough energy to cover 39% of the electricity we consume annually.

Read more: These Charts Show the US Is Using More Solar Power Than Ever

The study mapped 128 cities over three years to find out how many rooftops would be suitable for solar panels. In particular, the study found Mission Viejo, California; Concord, New Hampshire; Sacramento, California; and Buffalo, New York, could become especially energy efficient if solar panels were deployed on more roofs. According to the study, Mission Viejo could meet 88% of the city's own estimated consumption, while Concord could meet around 72% of its estimated consumption.

Read more: The Solar Cells of the Future Were Inspired by Moth Eyes

While spreading solar panels to more rooftops could put a lot more clean energy on the grid, there are still other opportunities to expand solar energy production, report co-author Robert Margolis highlighted in a press release.

"It is important to note that this report only estimates the potential from existing, suitable rooftops, and does not consider the immense potential of ground-mounted [photovoltaic systems]," said Margolis, a senior energy analyst at NREL. He said installing solar panels on parking lot canopies, car ports or on the sides of buildings could unlock even more solar energy in urban areas.