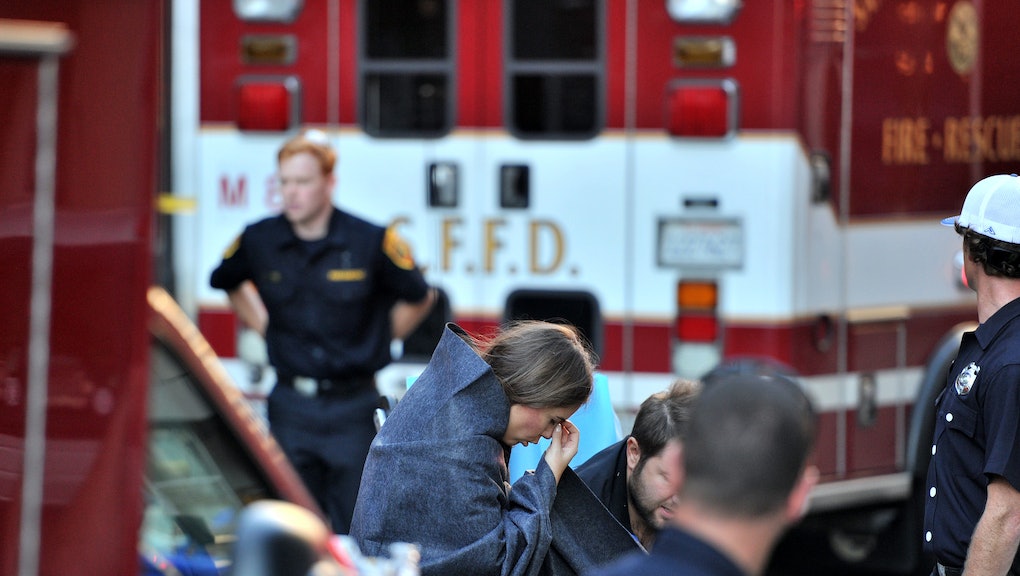 In a Medical Emergency, Strangers Are Less Likely to Help You if You're Black

You're standing at a crowded bus stop when, all of a sudden, you have a seizure. Someone calls 9-1-1. In the time it takes for the ambulance to arrive, will bystanders come to your assistance?

The chances are minuscule — and if you're a person of color, the odds are even slimmer.

A mere 2.5% of people having medical emergencies receive help from bystanders before first responders arrive at the scene, according to new research published in the American Journal of Public Health. To make matters even more disheartening, victims' likelihood of receiving help is linked to their race: Only 1.8% of African-American patients received help from bystanders, compared to 4.2% of white patients.

People in poorer and more densely populated areas were also less likely to get help.

"It's very surprising and disappointing to find such low rates of people helping each other and that African-American patients and those in poorer counties are left to wait longer for help," lead author Erin York Cornwell, an assistant professor of sociology at Cornell University, said in a statement.

Providing help isn't hard. No one expects bystanders to administer CPR or perform a DIY tracheotomy. But they could easily fetch a glass of water or help a victim procure her medication from her purse.

"We find evidence that bystanders can provide help in a huge range of scenarios, but the rates of assistance are so incredibly low," York Cornwell said.

Cornwell and her teammate, doctoral student Alex Currit, analyzed data from around 22,500 patients from the 2011 National Emergency Medical Services Information System. For each patient, first responders had filled out forms indicating whether the person had received bystander assistance before medical staff arrived.

Research has shown that people of color receive poorer quality of health care than white Americans. According to York Cornwell, bystander assistance — or lack thereof — could have something to do with it.

"Disparities in health across race are persistent and growing in many cases," she said. "We don't really have a good understanding of the reasons why we see such large disparities. These day-to-day processes could be an important contributor."