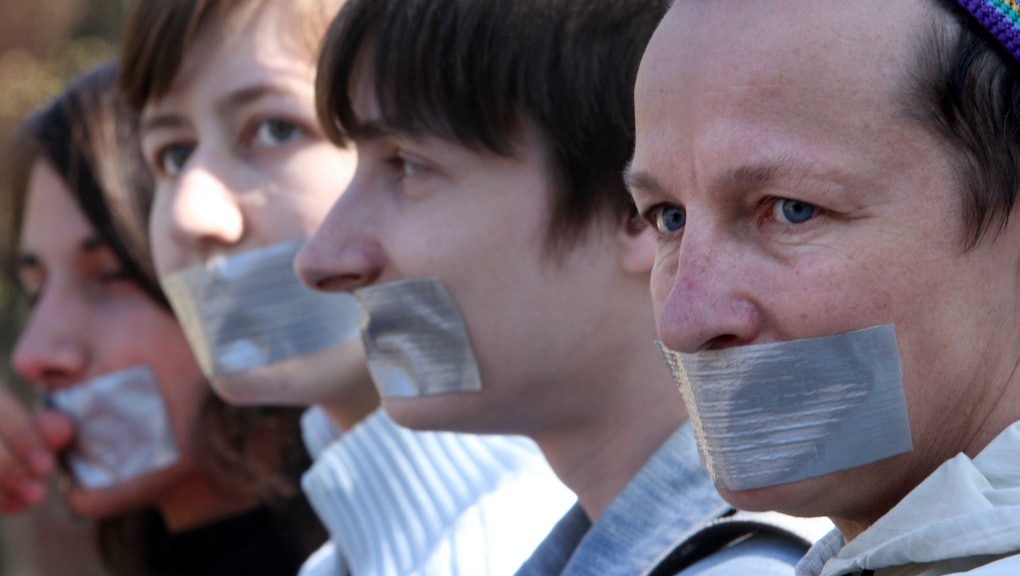 The Day of Silence, organized each year by the safe schools nonprofit GLSEN, is a day dedicated to drawing attention to the bullying and harassment many young LGBTQ people experience in school.

The first Day of Silence was held in 1996, by students on the campus of the University of Virginia. Maria Pulzetti, one of the student organizers of the original event, wanted to do something that would be visible to everyone on campus. "I knew that if we held panel discussions and events like that, the only people who would come would be the people who already were fairly aware," she told Oasis magazine, according to the Nation. The first Day of Silence included 150 student participants.

GLSEN became the day's official organizer in 2000, and now, each year, thousands of students nationwide observe the day, some wearing tape across their mouths or writing silence on their hands, some with the support of their schools' administration and some fighting for their right to acknowledge it. In 2013, a GLSEN survey found that nearly 90% of LGBT students had experienced "verbal, sexual or physical harassment at school."

On Friday, students across the country, along with some parents and teachers, are going the entire day without speaking — but that doesn't mean they were quiet on social media. Here are 16 tweets that show how young people around the country, and their adult allies, are observing today's Day of Silence.