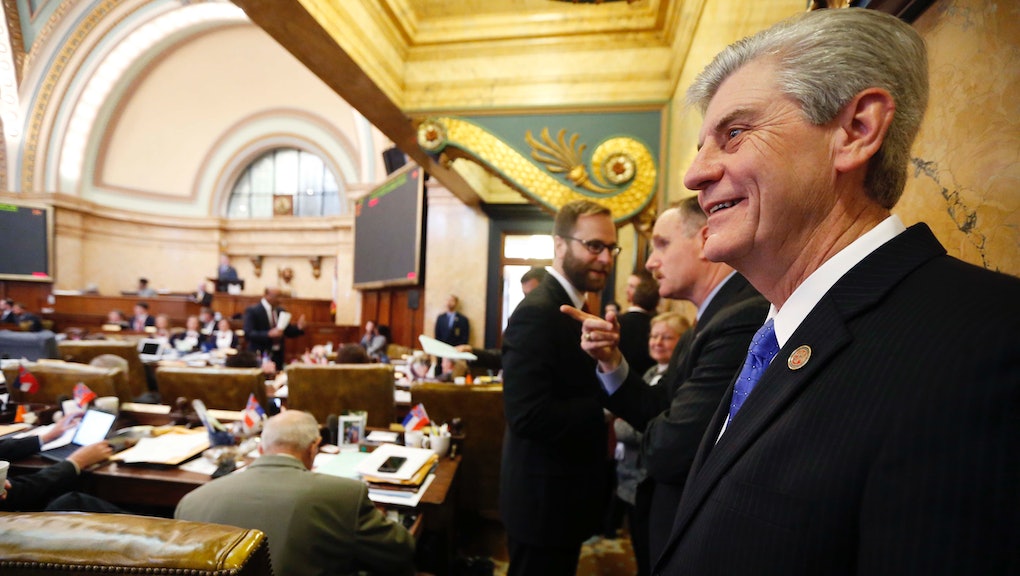 Mississippi Gov. Phil Bryant Signed a Bill to Allow Guns in Church Without a Permit

Mississippi Governor Phil Bryant signed House Bill 786, a legislation that allows citizens to carry holstered firearms without a permit Friday, according to the Associated Press. Also known as the The Church Protection Act, the bill allows specific individuals to provide armed security to protect places of worship, if they attend firearms training sessions.

Read more: Hillary Clinton Tears Into Bernie Sanders for Not Stepping Up on Gun Control

The bill's author, Rep. Andy Gipson, pushed for the legislation after nine church members were killed at the Emanuel African Methodist Episcopal Church in Charleston, South Carolina, in June.

"The bill is effective immediately and, among other things, extends the protections of the castle doctrine to local churches who elect to establish a trained and licensed security team for protection of the congregation. Thank you Gov. Bryant!" Gipson wrote in a Facebook post.

Gun control advocates are also celebrating the signing of the bill. "Gov. Bryant stood strong for the Second Amendment by signing this significant bill," Chris Cox, executive director for the National Rifle Association's Institute for Legislative Action, told WLOX. "It's a great day for law-abiding gun owners in Mississippi. This will allow them to carry firearms for personal protection in the manner that best suits their needs."

Not everyone feels safer, however. Pat Ward, pastor of the Orchard Church in Oxford, Mississippi, believes there needs to be more discussion around the consequences of guns within the church.

"I think in the South people have a certain familiarity with guns and are also strong in their religious beliefs," the pastor told the Associated Press. "But we don't always think about the relationship between them. What does our familiarity with guns say about us as people who claim to be following God, who preach about peace and love?"