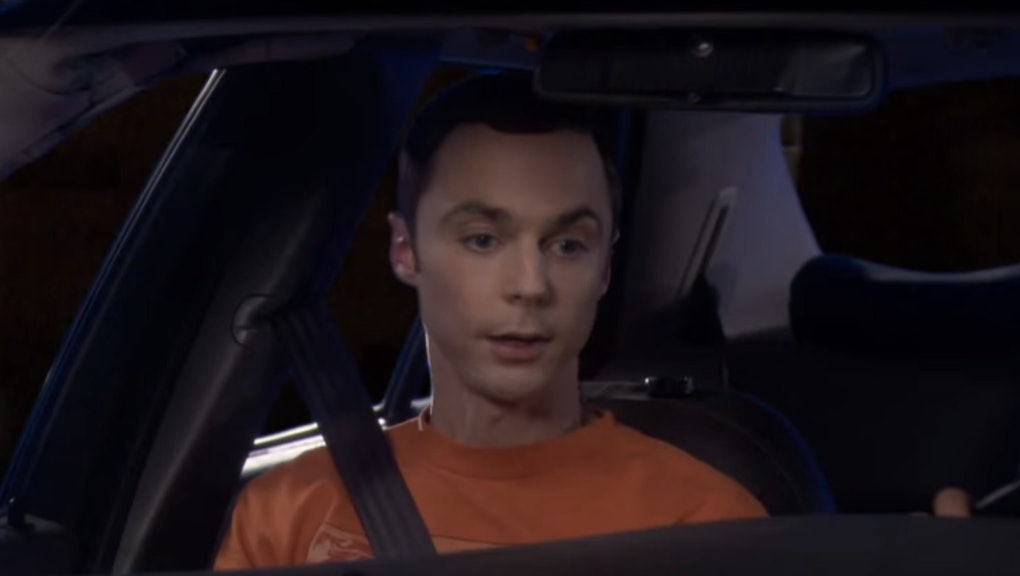 "Sheldon Cooper is such a funny character... he's definitely on the spectrum, though."

This is the Urban Dictionary example sentence for "on the spectrum," which is defined as "a phrase used to describe a person with social tics and/or awkwardness usually associated with autism or Asperger's Syndrome."

The Big Bang Theory protagonist isn't the only fictional character who's been facetiously associated with autism. In the movie 21 Jump Street, Ice Cube tells Jonah Hill, "This chart looks like shit, are you autistic?" after he gives a presentation. Being labeled as "autistic" or "on the spectrum" has become a catchall term for being socially inept or awkward, even if it's not necessarily meant as an insult — but there are many, many reasons why it shouldn't be.

Since we're in the midst of Autism Awareness Month, it's worth learning the actual definition of autism. The Diagnostic and Statistical Manual of Mental Disorders (DSM) considers autism spectrum disorder to include "persistent deficits in social communication and social interaction" and "restricted, repetitive patterns of behavior, interests, or activities."

But many autistic people are critical of the DSM. The Autistic Self-Advocacy Network instead defines autism as a "neurological variation" characterized by a number of traits, including but not limited to "different sensory experiences," "non-standard ways of learning and approaching problem solving," "deeply focused thinking and passionate interests in specific subjects," and "atypical, sometimes repetitive, movement."

By using the slang term "on the spectrum" or "autistic" to describe people who have trouble socializing, communicating, or empathizing, we insult people who fit the actual diagnosis — and spread some insidious myths about autism in general.

"Using 'on the spectrum' to refer to certain kinds of unsettling behavior hurts us the same way, say, using 'acting black' to refer to loud and boisterous behavior hurts black people," Dr. Jeffrey Deutsch, a speaker and life coach at ASPies LInking with NTs who has Asperger syndrome, a high-functioning autism spectrum disorder, said via email.

"Such use and misuse of descriptive labels related to identity have historically been linked with prejudice and discrimination, as they come to represent something more sinister over time," Eric Mitchell, Ph.D., director of the Ruttenberg Autism Center, said in a phone interview.

"What we really need to consider is why these words tend to take on negative connotations in the first place. After only a little over two years of being an official diagnostic label, autism spectrum disorder appears now to be in danger of being warped into a slur."

This negative usage of a term that autistic people themselves generally consider merely descriptive or even affirming "allows people to associate difference and diversity in neurology as being something to ridicule and denigrate," he added.

Casual quips about inconsiderate people being "on the spectrum" or "autistic" not only cast a negative light on autism spectrum disorders, but also misrepresent what autism actually is.

"Conflating autism with only social skills is missing a huge chunk of experience, as well as erasing those who compensate or are able to better deal," which often includes women and gender-nonconforming people, writer, editor and self-identified "Aspie" Michon Neal said in a phone interview.

Deutsch agreed that comparisons between autistic people and socially inept or unkind people are damaging and inaccurate.

"Aspies don't lack empathy. We're just as willing to, say, help a hurt person as anyone else — once we know he or she has been hurt," he said. "If you say someone without empathy — a sociopath — is 'on the spectrum,' then you're lumping Aspies in with sociopaths. That's like lumping learning disabled people in with lazy folks just because of some surface similarities."

Author Toni Boucher worked in the autism field for 24 years before she came to realize she herself was an Aspie. "I thought, 'I can't have Asperger's because I am empathetic,'" Boucher said in a phone interview.

"But the more I really listened to my clients and their families, the more I realized that contrary to the stereotype, people with autism can be deeply empathetic. As a matter of fact, many of us feel empathy so strongly that it becomes overwhelming and we shut down to handle the emotional overload."

Emotional and sensory overload is another feature of autism that may be mistaken for lack of empathy or social skills, Boucher said. But conflating these symptoms with awkwardness "detracts from the real challenges people with autism do have," she explained. "I, for example, feel overwhelmed going to parties or restaurants, and I cannot go into some stores or play with my children in the ocean because it is literally painful to do so."

Due to a lack of understanding of these challenges, people can underestimate autistic people's abilities. Boucher regularly encounters clients who are capable of working but end up on welfare because employers assume they lack the communication skills to work.

In reality, "many non-autistic people are socially awkward, and autistic people don't actually lack empathy," Marie Porter, a person with Asperger's who frequently hears "sperging" used as an insult to refer to people like her, said in an interview. "We run on a different operating system. That is all."

The fact that the media tends to associate people with autism with violence, as was seen when several news outlets speculated that the 2012 Newtown shooting tragedy was related to gunman Adam Lanza's Asperger's, also contributes to stigma.

"This speculation is both the result of and the perpetuation of fear of autistic people," Porter said.

In fact, research goes against the stereotype that people with autism spectrum disorders are more likely to be criminals. A 2010 study in Advances in Psychiatric Treatment found no correlation between Asperger Syndrome and criminal behavior, and a 1991 study in the Journal of Autism and Developmental Disorders found that those with Asperger's have a lower crime rate than the general population.

"When people are repeatedly exposed to others labeling us as 'dangerous' or 'violent' or 'lacking empathy,' it contributes to this idea that we are somehow less than human," Porter said. "That, in itself, is extremely dangerous."

Although we're in the midst of Autism Awareness Month, advocates are calling for more than that.

"We don't need awareness. We need acceptance," said Porter. "We will never have acceptance as long as we are used as an insult."