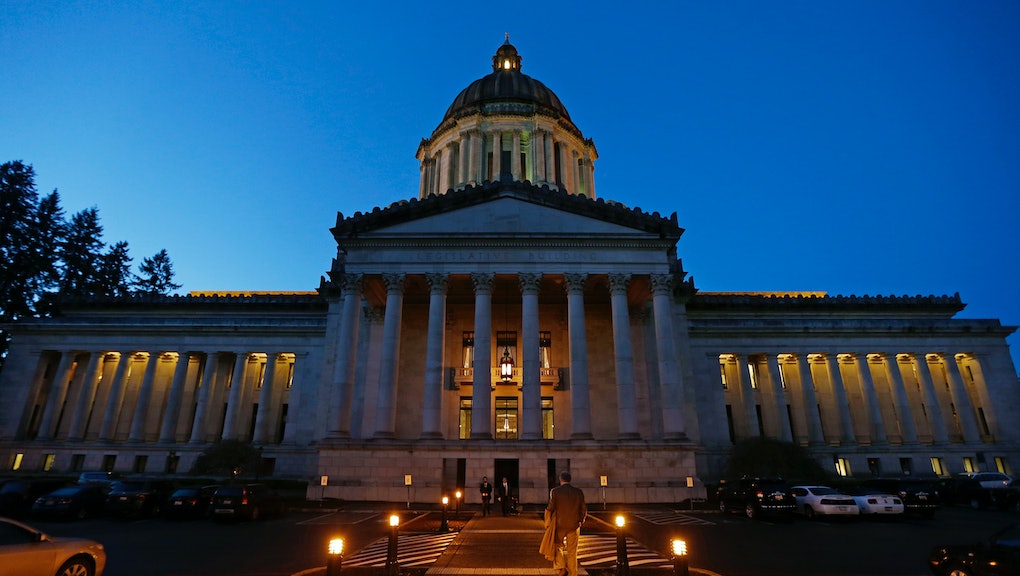 Fifty nifty United States might soon become 51 — if the District of Columbia has anything to say about it.

On Friday, D.C. Mayor Muriel Bowser called for a "bold step toward democracy in the District of Columbia" when she requested a citywide vote on full citizenship for the city's residents.

"It's going to require that we send a bold message to the Congress and the rest of the country that we demand not only a vote in the House of Representatives," she said. "We demand two senators — the full rights of citizenship in this great nation."

Tensions between the District and Congress, which has long been in charge of local spending for the city, have been palpable for some time. In March, the D.C. Superior Court ruled that the city was free to spend its funds without congressional approval — for the first time ever in its existence.

The independent institution of Bowser's $13-billion budget is a move that is likely to draw national attention to the city's cause, but it's still a far cry from the push needed to overcome the congressional opposition it will surely face.

Republicans have long opposed the appeal for statehood. If granted, the two senate seats the District would acquire could cause the currently Republican-controlled chamber to swing blue.

Bowser told the Washington Post that she feels confident the issue of statehood will be included on the ballot for the November general election, and that the general public would support the city's appeal.

"We want to demonstrate, by a vote of the people, support for statehood in the District of Columbia," she said.