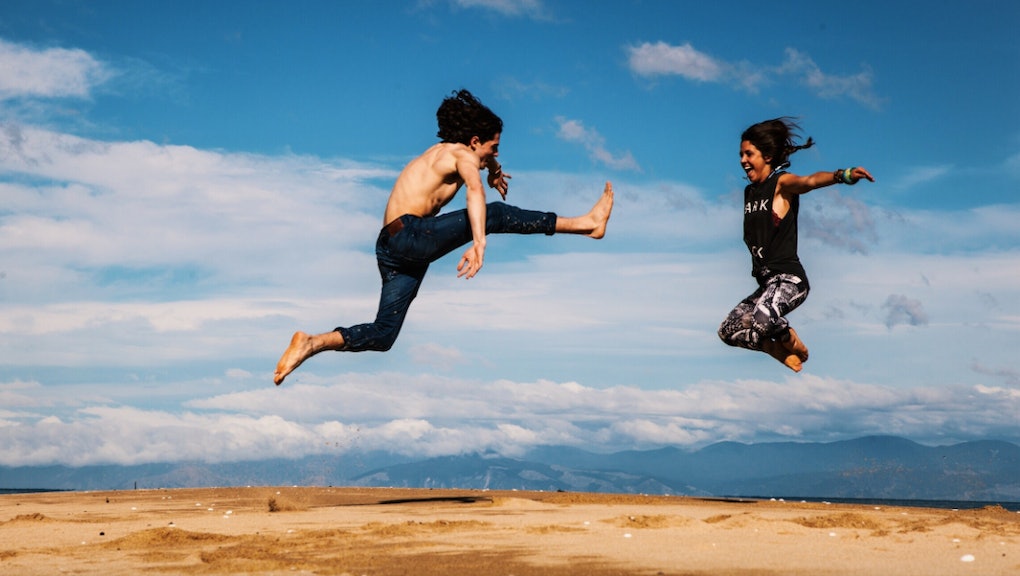 We're More Attracted to People Who Just "Get" Us, According to Science

Feeling perfectly understood by another person is rare — which is probably why it's so gratifying, even sexy, when someone just innately gets us. Science, at least, seems to think so: According to a new study published in Proceedings of the National Academy of Sciences of the United States of America (PNAS), the ability to accurately intuit another person's emotions could explain how attracted you are to them.

"Being able to comprehend another person's intentions and emotions is essential for successful social interaction," Silke Anders — author of the study and professor of social and affective neuroscience at the University of Lübeck — told Time. "To accomplish a common goal, partners must understand and continuously update information about their partner's current intentions and motivation, anticipate the other's behavior, and adapt their own behavior accordingly."

In exploring the link between attraction and innate understanding of behavior, Anders and her team gathered some 90 individuals to watch short clips of a woman emoting — she "facially expressed fear or sadness," Time reported, and the observers had to assess both her #currentmood and their level of certainty in their own assessment. Then, each interacted with an image of the woman, clicking to enlarge it on their screen as if moving closer to the person's face during conversation. Given a series of three statements about the woman, participants had to say whether or not they agreed.

In the second phase of the experiment, researchers mapped participants' neural activity as they watched the women emote. In examining how the brain's reward system behaved, they could anticipate participants' confidence in gauging others' emotions.

Anders and her team found that people were more attracted to those women whose feelings they could read with certainty. "If the emotional signals sent by a sender — for example a facial expression of fear or sadness — can efficiently be processed by the perceiver's brain, then their reward system will fire and they will feel attracted to the sender," Anders told Time.

It has to do with the way our brains are wired — when a person's "neural vocabulary," in the study's words, could accurately "decode" another's behavior, attraction was higher. A participant whose neural circuitry didn't lend itself to the interpretation of other people's feelings might, then, be at a disadvantage in this study, but as Anders told Time, that doesn't mean all's lost for them. Further research is needed to determine whether or not people can expand their neural vocabularies gradually. They might then become better at reading their partner with experience, which really makes perfect sense — attraction grows over time.