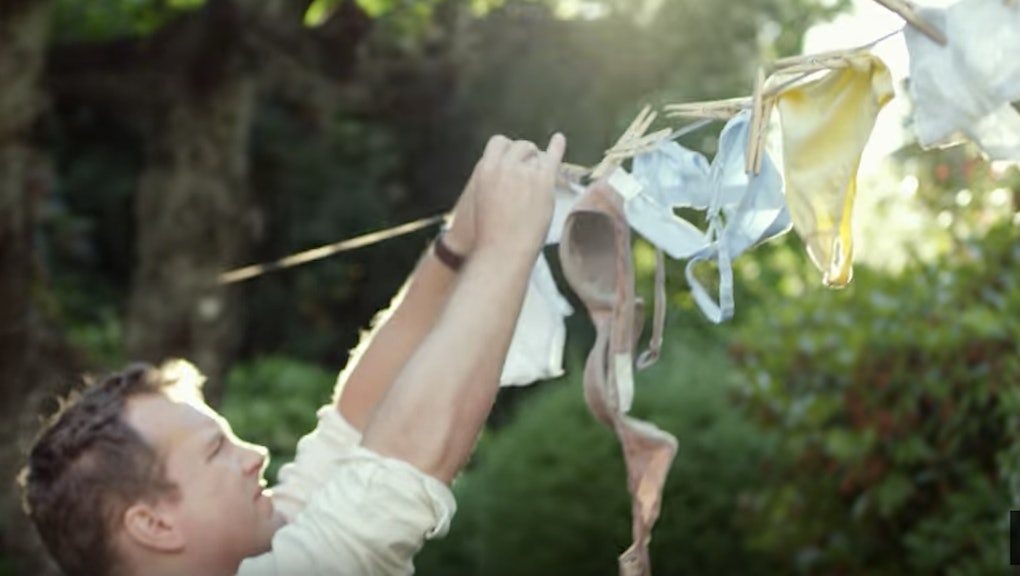 This Mockumentary Imagines the World Without Men — and Men Are Pissed

Struck a nerve, have we? No Men Beyond This Point — a mockumentary that imagines a world in which the male population is dying off — premiered at the Toronto International Film Festival in 2015, and its official trailer hit YouTube on April 15. Predictably, it's ruffling a lot of feathers among men who can't discern fact from fiction.

Read more: Jennifer Lawrence Is as Baffled by People Who Hate on Feminism as You Are

The comedy tells the fictional story of 37-year-old Andrew Myers, the youngest man on Earth, as the world's male population has been thinning since the 1950s, when women began giving birth (exclusively to girls) without men's involvement. Myers strikes up a relationship with one of the women for whom he nannies, just as the world's menfolk launch a clumsy revolution. Chaos obviously engineered to get laughs then ensues.

We can safely assume that the mockumentary's creator, male Mark Sawers, does not wish for a world in which men are allowed/forced to go extinct. But despite the fact that this film is quite clearly a joke, it seems to hit a little too close to home with a handful of masculine types, who are feeling just a little bit fragile faced with the possibility of a women's world.

"I don't know what's funny, a functioning society with only women at its helm or the fact this isn't such a farfetched concept for a lot of militant feminists and many gender activists," one user, Mitchell Christie, wrote in the trailer's YouTube comments.

This was not an unpopular angle for the trailer's male commenters to take. Because if men weren't around, who would build the machines and drill for the oil and chop the wood that the world needs to function? No one, that's who.

There was also a bit of confusion as to the meaning of words: Some confused sexism for racism, and racism for rapists, and rapists for sexists, and sexists for all men.

Others mistook the mockumentary for a documentary and panicked, because this seems to be the way they perceive the world as treating them on a daily basis.

That was another point of contention: the mistaken identification of the film as a feminist propaganda piece. The men were having none of that.

Again we have the unfortunate conflation of feminist lies and rape. While we cannot say for sure that Sawers made the movie with a feminist agenda in mind, what is clear is that reminders of the definition of feminism — which is equality of the sexes and not an accurate descriptor of this film — did not sit well with the angry trolls.

"THIS IS NOT REPRESENTATIVE OF FEMINISM!" one user commented. "I really really hate when people use any excuse to bash feminism without knowing what it is really about. I don't hate men, I don't want them to die off, but I don't think they are superior to me or me to them. I just want my equal place in the world. I want an end to child brides, forced pregnancy, rape, molestation and domestic abuse. Why is this too much to ask for?"

In short, this reminder of the mortality of male dominance helped us reach peak internet man dickishness:

Not every male commenter had rage to spew, though. Some gently reminded the others that the movie wasn't real and to just cool it. But calming reassurance doesn't seem enough to strengthen fragile masculinity, because if the scenario depicted in No Men Beyond This Point ever did come to pass, it would be precisely these angry male commenters for whom the women would come first.