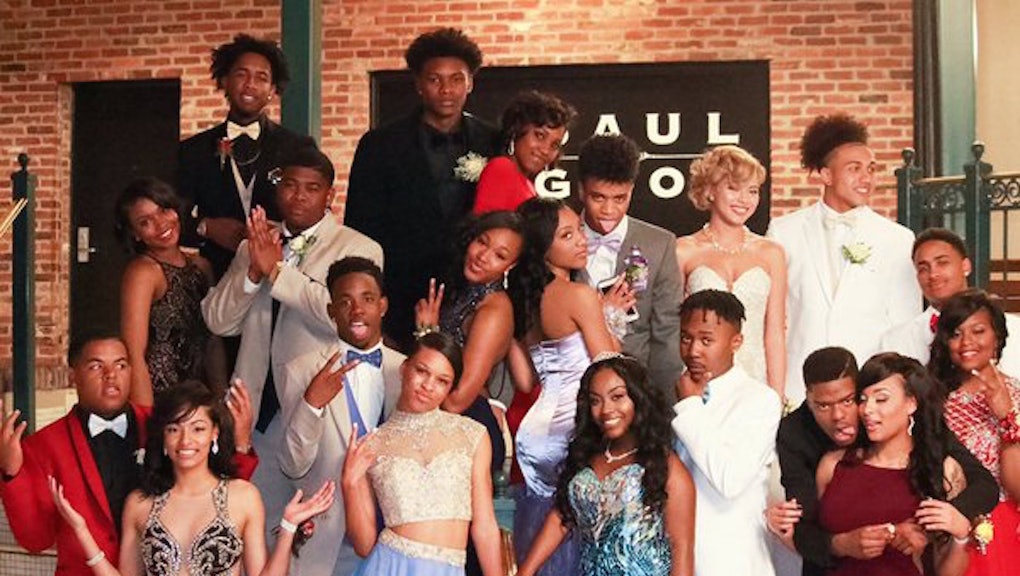 Ryan Finlayson, an openly gay student at Harrison School District, didn't have a guy he wanted to take to his senior prom — so he took his best friend instead, surprising her with a "promposal" in front of a packed cafeteria.

"Miana," read the first of a series of signs he held up with the help of a few friends. "I like boys," another sign read, painted in rainbow colors. "But I'd rather take my girl to prom!" "Yes!" Diana screamed in excitement, as the crowd of students cheered and applauded Finlayson's brave move.

According to a new J. Walter Thompson Innovation Group study Mic previously reported on, teenagers who self-identify as something other than exclusively heterosexual are now the majority. Perhaps that's why we're beginning to see our rising youth celebrating their diversity with each other across the nation, despite lawmakers passing anti-LGBT measures in several states like North Carolina.

"Maybe now that being gay/lesbian is more open, some people aren't afraid to tell their parents," Camellia Henderson-Berry wrote on Facebook, sharing a photo of two young ladies dressed in fuchsia for #Prom2016. "Back in [Georgia] we were scared af to say anything to our parents about liking somebody of the same sex...TF! That's why it wasn't so open back then...you could be pregnant in high school before being gay!"

Meanwhile, Jasmine and Gabby chose black and turquoise dresses for the big night.

"Wouldn't want anybody else but her," Jasmine wrote in a tweet with one of the below photos.

But the LGBT youth aren't the only ones showing up to #Prom2016 showing off their diversity. Some of these squads are giving millennials a run for their money for having the freshest prom pictures: