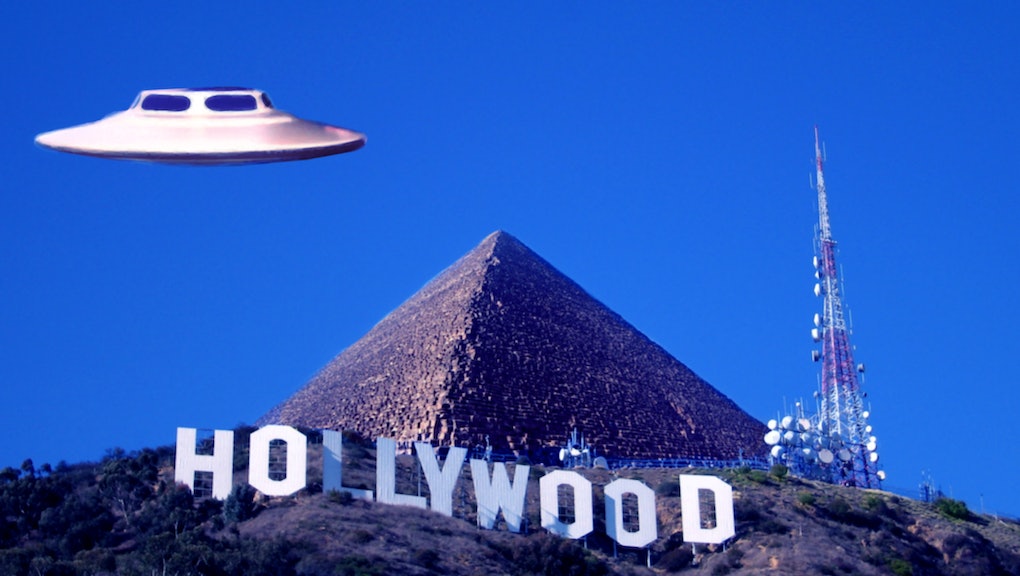 Are Aliens Real? If They Are, Science Says They Won’t Look Like What You Expect

Will humanity one day find kindred brethren among the stars? It makes for good books and movies, and recent scientific discoveries have suggested planets in the same habitable range of conditions as Earth may be surprisingly common.

But if life has risen on other planets, the differences between Homo sapiens and our new, otherworldly friends are likely to be greater than Star Trek would have you think.

It won't have humanoid biology.

The old sci-fi trope aliens will look a lot like humans, except with some casually rearranged features to make them look exotic, has no basis in science. While the phenomenon of convergent evolution has resulted in many Earth species developing similar traits (such as flight) independently, those features evolved under similar terrestrial and evolutionary conditions.

Wild-eyed tales of little green men have entertained humans for generations. But the only plausible theory for a truly humanoid alien presence in the galaxy might be panspermia, a theory in which some creator either deliberately seeded life on different planets or microbes spread around the universe on space junk. Otherwise, the odds that of all the infinite forms alien life could take, it would mirror humanity, are very low.

It won't look much like Earth life at all, actually.

The unique properties of carbon, which forms double bonds with other carbon atoms "naturally and easily" compared to other elements like silicon, form the basis of all organic chemistry, Scientific American wrote. "Carbon is the main component of sugars, proteins, fats, DNA, muscle tissue, pretty much everything in your body."

But life forms with alternate biochemistries based on elements like silicon could evolve on different planetary conditions. Though water is by far the most common and suitable organic solvent available for life on other planets, it's also possible other compounds such as ammonia or hydrogen sulfide could fill the role. Change any of the building blocks common to life on Earth — or simply change any of the local conditions in which those building blocks are assembled — and the odds other living worlds will much resemble ours fades significantly.

For example, "On planets with atmospheres dominated by hydrogen, the model predicts that methyl chloride, dimethyl sulfide and nitrous oxide could indicate the presence of life: Plausible amounts of alien life at the surface could produce them in quantities that are detectable."

Life on these planets might have radically different biological plans, from radial instead of bilateral symmetry to only having one cell. Anything is possible.

It might not want to communicate with us, or destroy us, or even have the desire or ability to do either.

Alien ambassadors welcoming the Earth into a galactic union, or alternately alien soldiers leveling entire cities using war machines brimming with plasma weaponry, are common fixtures in fiction. But even assuming any alien life humanity discovers out in the universe is complex and intelligent, that intelligence may be so thoroughly alien as to make meaningful interaction unlikely.

In fact, given humanity's proven track record of violence, war and mayhem, and our remarkable adaptiveness to a range of conditions, it's possible other species might view us as a threat worth avoiding at all costs, as joked in the video above.

It's also impossible to predict whether an alien psychology, having little in common with our own, would view interspecies contact as more than a curiosity. Physiological and cultural differences may pose an insurmountable difficulty.

"There are plenty of creatures here on Earth that are so astoundingly different from us that we can barely comprehend them," sci-fi author Aaron Rosenberg told Popular Mechanics. "Try watching an octopus pull itself through a tiny crack in a glass tank sometime, or examine a tobacco hornworm, or look at a praying mantis up close. A real alien would be so far from anything we've ever imagined that we would barely be able to comprehend its existence. And we would seem just as completely, bafflingly bizarre to it."