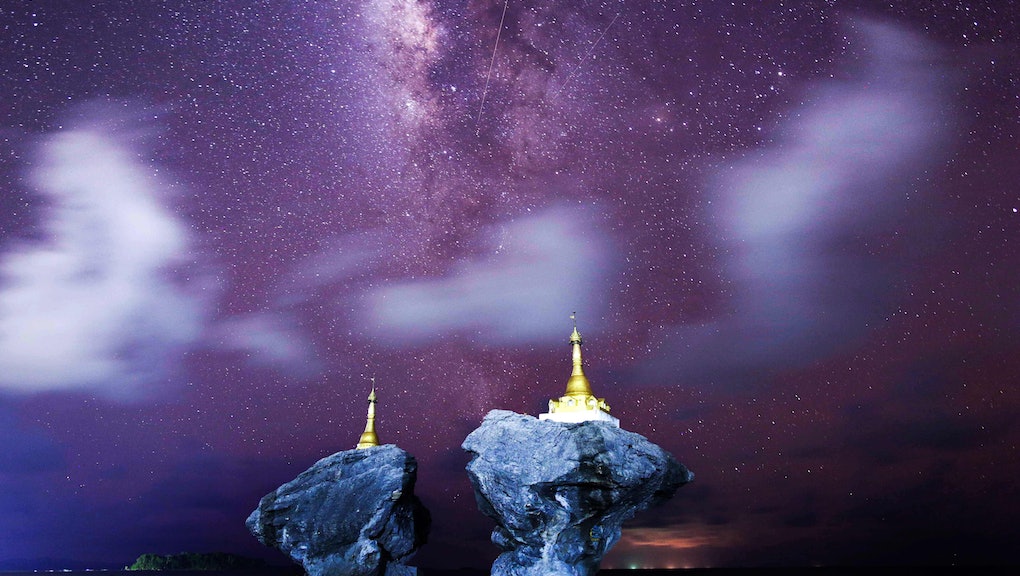 This Lurker Galaxy Is Almost Certainly Spying on Us (Rude)

Looks like we've got a level five lurker on our hands. As Gizmodo reported, scientists at the University of Cambridge recently discovered a galaxy — Crater-2 — orbiting the Milky Way. It's far from small and apparently, it's been loitering in our periphery for a long, long while. So you'd think someone would've spotted it by now. Are we just that oblivious? Or does this galaxy possess stealthy stalking powers the likes of which we've never seen before?

Read more: NASA Recorded What Space Sounds Like and It's Really Spooky

"This is indeed a very rare discovery," Vasily Belokurov, an astrophysicist at the University of Cambridge's Institute of Astronomy, told the Huffington Post. "A galaxy like Crater-2 is a sort of invisible object."

According to the Huffington Post, researchers first identified Crater-2 in January. Upon further inspection, they determined that the dwarf galaxy — which is 400,000 light-years away from ours — is about as old as the universe itself. Which is to say it's always been there. And according to a paper the researchers published Wednesday, it's the fourth largest satellite galaxy of the Milky Way. So: big, ever-present, relatively close — how could it be an "invisible object"?

Belokurov and his co-authors noted in their paper that Crater-2 is not so bright — "one of the lowest surface brightness dwarfs," in their estimation. So the problem isn't our lack of vigilance, but it being dim. "It is orders of magnitude less luminous compared to most objects of similar size," Belokurov told the Huffington Post. "It is extremely diffuse. We believe it was born that fluffy. But why, we do not yet know."

A dwarf galaxy born fluffy and diffuse for reasons unknown to science. The mysteries of space are truly boundless.