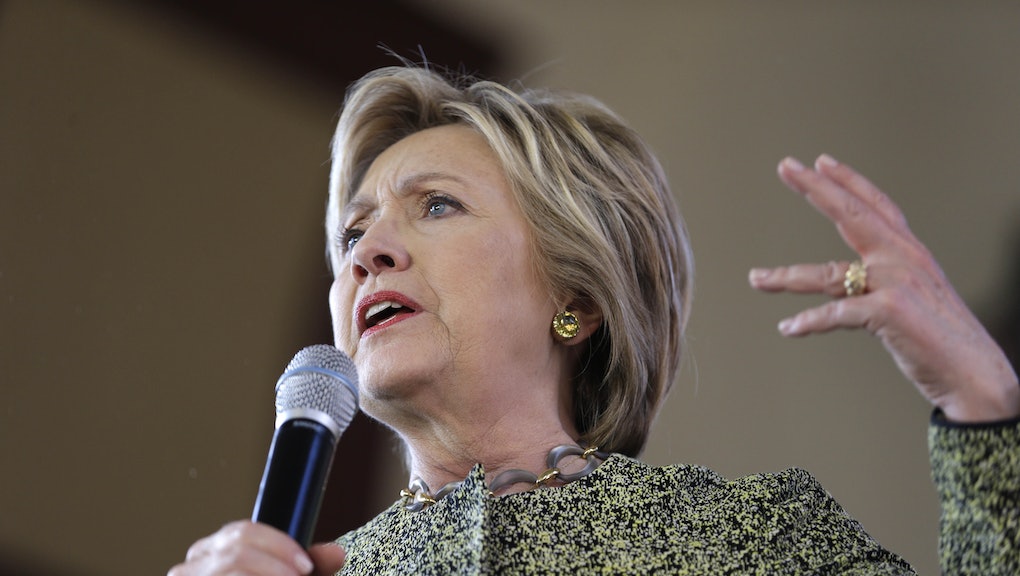 Hillary Clinton Clarifies Whether She Really Supports a $15 Minimum Wage

Does Hillary Clinton support a federal $15 minimum wage or not?

The Democratic presidential frontrunner sowed some confusion during her Thursday debate with rival Bernie Sanders, when she seemed to suggest that she did. Though Clinton was officially in favor of a $12 federal minimum, she told debate moderator Wolf Blitzer that she'd sign legislation instituting a $15 minimum if it reached her desk as president.

"I think setting the goal to get to 12 is the way to go, encouraging others to get to 15, but of course if we have a Democratic Congress, we will go to 15," Clinton said, asserting she'd been a longstanding supporter of the Fight for 15 campaign.

Now, Clinton is qualifying her support for a nationwide $15 minimum.

Appearing on ABC's This Week on Sunday, Clinton told host George Stephanopoulos that while she would sign a $15 wage bill, such legislation should adopt a "phased-in" approach and account for regional variations.

"That has been my position, and that is exactly what New York just voted for," Clinton said, referring to the state's new law, which phases in wage hikes more gradually for lower-cost areas than for New York City, which will implement a $15 minimum by late 2018.

"For federal legislation, if it has the same kind of understanding about how we have to phase this in, how we have to evaluate it as we go — if the Congress passes that, of course I would sign it," Clinton continued.

While Clinton would support a $15 minimum with conditions, Sanders is an unabashed supporter of the Fight for 15 campaign.