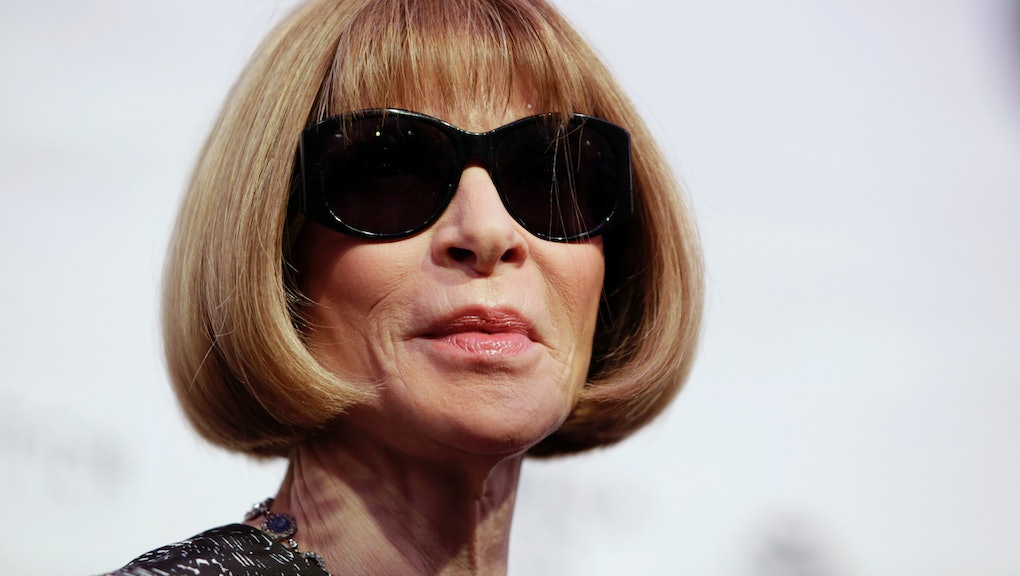 While on her press tour for the new documentary The First Monday In May, Vogue editor-in-chief Anna Wintour unknowingly kicked up a storm of criticism.

For Wintour, the comment was just a small descriptor. But on Twitter, those two words became a sticking point.

And for good reason: As the woman at the helm of one of the most respected fashion publications in the world, one would think that Wintour would have realized that glamorizing migrants is highly problematic.

Considering that the world is currently undergoing a migrant crisis with hundreds of thousands being displaced and suffering inhumane conditions, no one should trivialize that into a trending soundbite.

Further, West's show was in fact inspired by refugees. On the invitation that went out this February, a photograph of a Rwandan refugee camp taken by Paul Lowe was featured prominently.

This sort of backlash isn't unprecedented, though. In October, Hungarian photographer Norbert Baksa published a Der Migrant photo series, which was characterized as "migrant chic." Baka took the shoot down once social media criticism reached a fever pitch, saying, "Despite our intentions, many unfortunately consider the pictures offending."

Wintour too has come to that realization.

Over the weekend, the 66-year-old released a statement. "I apologize if my remark was offensive in any way," she said. "The migrant crisis is real, and I didn't intend to trivialize that issue."