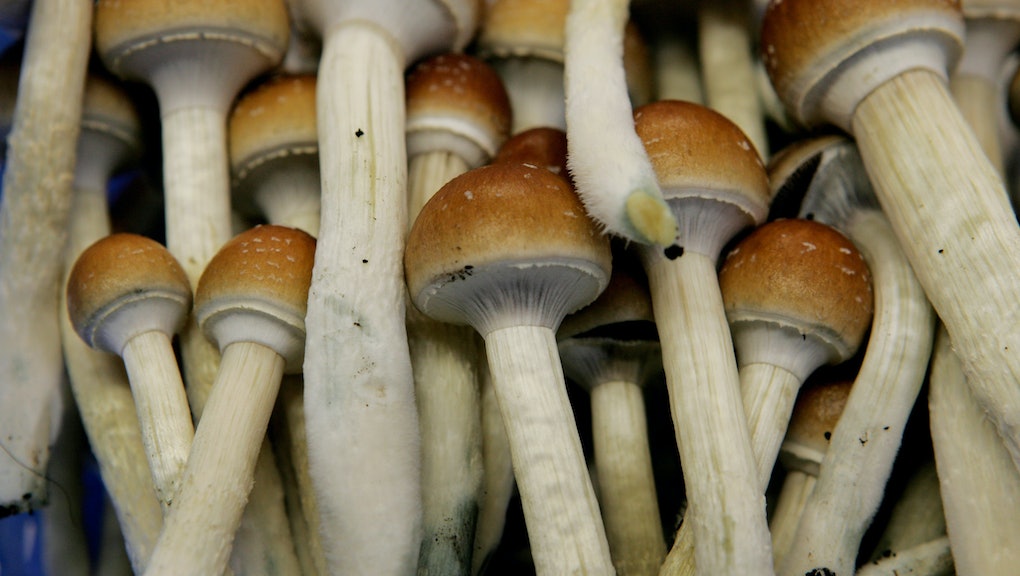 How Shrooms Work and Affect the Brain: What Psilocybin Is Really Doing to Your Head

In a 2014 study, the psychedelic effect of magic mushrooms on the brain was found to bear similarities to the brain activity displayed when we're in dreamland, according to Live Science. For the study, scientists injected psilocybin, the main chemical in shrooms, into 15 participants. Afterward, they monitored their brain activity to see what sort of patterns were produced.

In the brain scans, the areas that deal with emotion and memory, like the hippocampus and anterior cingulate cortex, lit up in tandem — this is similar to the activity the brain displays when we're dreaming. According to the New York Times, shrooms and their effect on brain activity may be an effective avenue for treating depression and PTSD, but its classification as a Schedule I drug makes scientific research difficult.

Although further research is needed, these results support the age-old feeling of one's mind "expanding" while on psychedelics. "People often describe taking psilocybin as producing a dreamlike state and our findings have, for the first time, provided a physical representation for the experience in the brain," study author Robin Carhart-Harris said, according to Live Science.

Read more: Magic Mushrooms May Actually Be Good for the Human Brain

On the other hand, researchers found that the brain areas that deal with "high-level" thinking were not as synchronized under the psilocybin's influence.

Other research has found mushrooms to affect serotonin receptors in the brain, making them connect in unusual ways, which leads to the sensory-overloading "trip."

Another psychedelic, LSD, has been found to cause an increase in the flow of blood to the brain as well as increased activity in the parts of the brain that deal with the senses of vision and hearing, awareness and motion.