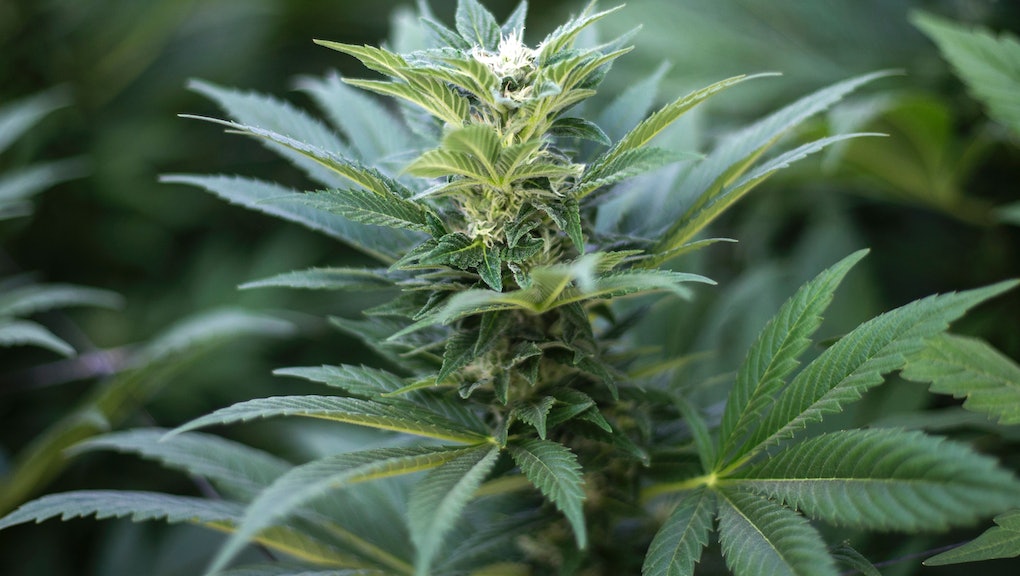 The study, published in Molecular Psychiatry, measured dopamine release in the brains of 11 adults aged 21 to 40 who were "severely dependent" on marijuana — people who smoked weed daily and who'd been dependent on the drug for the past seven years, on average.

Dopamine is a neurotransmitter that serves a number of important functions: It helps us feel pleasure, regulate movement and stay focused and attentive, among other things.

The findings are potentially worrisome, because addiction to hard drugs like heroin and cocaine produces similar effects on dopamine release, according to a news release.

"In light of the more widespread acceptance and use of marijuana, especially by young people, we believe it is important to look more closely at the potentially addictive effects of cannabis on key regions of the brain," lead author Anissa Abi-Dargham, a psychiatry professor at Columbia University Medical Center, said in a statement.

The researchers also had the two sets of participants complete learning and working memory tasks. Those dependent on marijuana performed at the same level as the healthy controls — though in general, across both groups, participants with lower dopamine release performed more poorly on the tests.

The researchers aren't sure whether marijuana dependency necessarily causes impaired dopamine release, or whether the study participants had lower dopamine release to begin with.

"We don't know whether decreased dopamine was a preexisting condition or the result of heavy cannabis use," Abi-Dargham said. "But the bottom line is that long-term, heavy cannabis use may impair the dopaminergic system, which could have a variety of negative effects on learning and behavior."

In 2014, around 4 million people in the U.S. "abused or were dependent on marijuana," according to the National Institute on Drug Abuse, and 9% of people who use weed will become dependent on the drug.

That being said, the study's sample size was fairly small. We don't know if the researchers would find similar results if they tested their hypothesis on 1,000 or 10,000 people with marijuana dependency, instead of just 11.

Moreover, other studies have shown that weed is significantly less deadly than plenty of other drugs — alcohol included. And it's known to have plenty of health benefits, including helping women improve their sexual health.