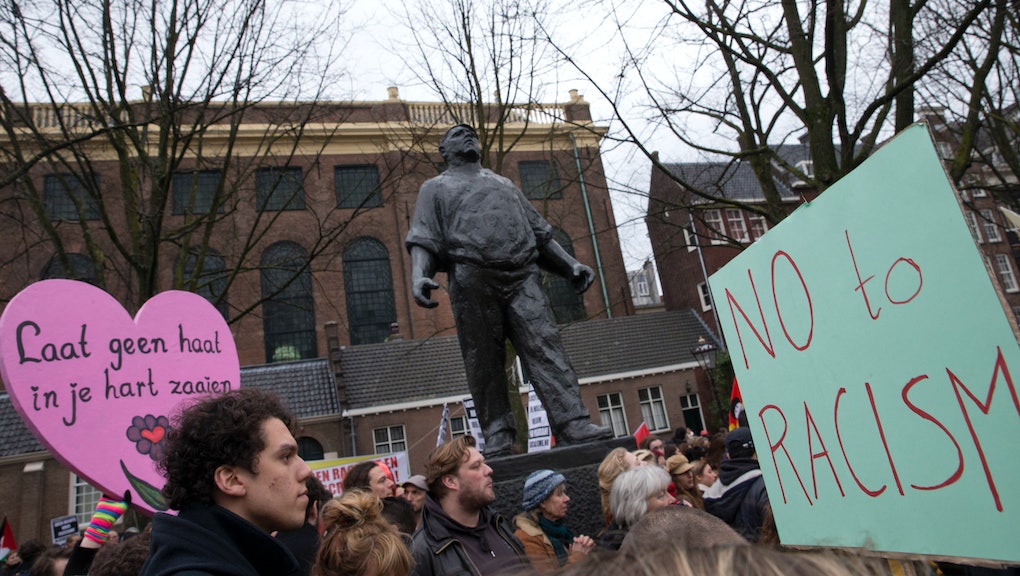 As the years go by, certain words and phrases take on new meanings. But some seemingly harmless terms actually stem from hurtful, racist origins.

"Understanding where these words and phrases come from is an important part of understanding how racism and oppression have shaped the world we live in today," Francesca Ramsey, host of the weekly MTV series Decoded, said of these secretly racist phrases.

Even though the terms have different meanings today, society should at the very least know the origins of these common phrases that frequently pop up in casual conversations.

Read more: Here's How Homophobic, Sexist and Racist Each US State Really Is

Usually meant as a greeting when someone sees a person they have not seen in a long time, the phrase "long time, no see" stems from other origins. The phrase was once used to make fun of Native Americans and their use of the English language.

"Another phrase imitative of the syntax of pidgin English, long time no see was originally meant as a humorous interpretation of a Native American greeting, used after a prolonged separation," according to the Oxford Dictionaries blog. "The current earliest citation recorded in the Oxford English Dictionary (OED) comes from W.F. Drannan's book Thirty-one Years on Plains (1901): 'When we rode up to him [sc. an American Indian] he said: 'Good mornin. Long time no see you.'"

The word thug, which is often used synonymously with the words "gangster" or "criminal," is sometimes used to refer to black Americans unfairly. The use of the word spiked during the Baltimore riots, despite the true origins of the word having nothing to do with blacks.

"As far as I can tell, thug goes back to the 14th Century," Megan Garber wrote in her piece "The History of 'Thug'" for the Atlantic. She noted that the term likely traces back to an India-based network of criminals that existed for centuries called the Thuggee, who were so feared that even Mark Twain wrote of their exploits in his book Following the Equator: A Journey Around the World.

"The itis" is used to describe that lethargic, sleepy feeling an individual gets after eating a large meal. However, the phrase originates from the word "niggeritis," which helped reinforce the stereotype that black Americans were lazy. The scientific term for the phenomenon is referred to as postprandial sleepiness, or somnolence.

Call a Spade a Spade

The origin of the phrase "call a spade a spade" is a little more unclear. According to NPR, it may be an evolved form of the saying "to call a fig a fig and a trough a trough," which was used in ancient Greece.

However, the phrase took on a new meaning when people started using the word "spade" to refer to black Americans. According to the Huffington Post, use of the word "spade" gradually became a racist word to describe blacks.

Whenever someone says that they didn't ask for comments from "the peanut gallery," or from someone not involved in the discussion, they probably aren't aware of the origins of the term. The peanut gallery refers to the cheap, undesirable seats in segregated theaters and sporting events where black Americans were required to sit.

But why peanut? According to the Root, peanuts were "introduced to America during the slave trade and thus became associated with blacks."

This article was originally published on April 18, 2016