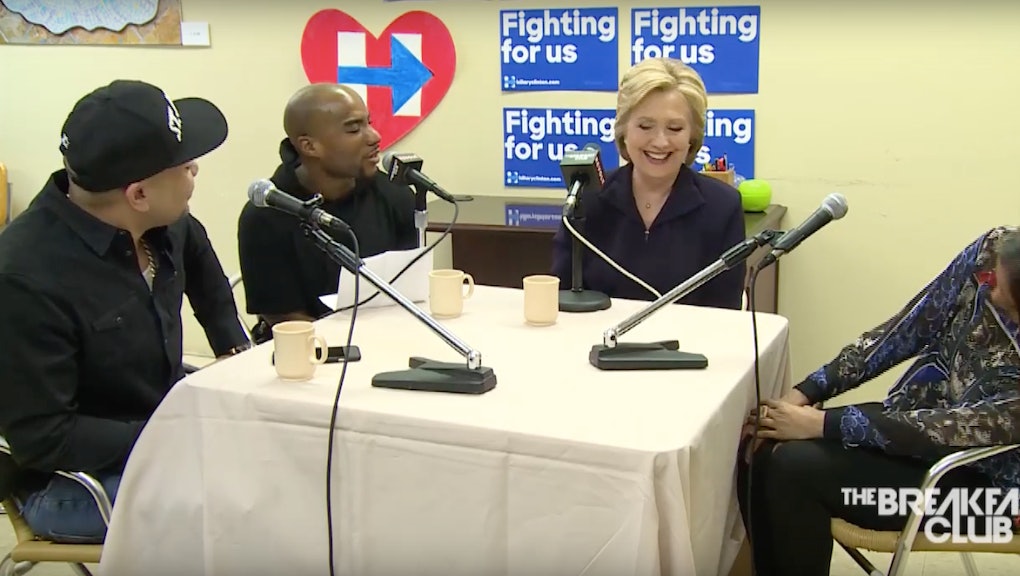 Hillary Clinton Does, In Fact, Keep Hot Sauce in Her Bag

In addition to discussing dabbing on the Ellen DeGeneres Show, Republican presidential candidate Donald Trump and whether she believes in ghosts (she believes in spirits), Clinton had a surprising answer to host Angela Yee's question, "What's something that you always carry with you?"

The thing Clinton never goes without?

You may be tempted to think Clinton is pandering to black voters.

Some members of the black and Latino communities have called out Clinton for pandering in the past. After Clinton changed her Twitter avatar to celebrate Kwanzaa and honor Rosa Parks, Black Twitter clapped back with memes poking fun at the former first lady. Some Latinos on Twitter also criticized Clinton after her campaign posted an article saying she was just like their abuelas.

But Clinton declared herself an aficionado of the condiment long before Beyoncé sung about keeping hot sauce in her bag.

Condé Nast Traveler asked Clinton's office in 2012 what she carries in her bag. The answer was she keeps a "small mesh bag filled with the basics: Sharpies, Advil, sunscreen. Converters to charge her BlackBerry and iPad anywhere in the world. Red pepper flakes and a mini bottle of Tabasco sauce for adding spice to her meals."

At least when it comes to hot sauce, no one can accuse Clinton of flip-flopping.

Listen to the interview below.