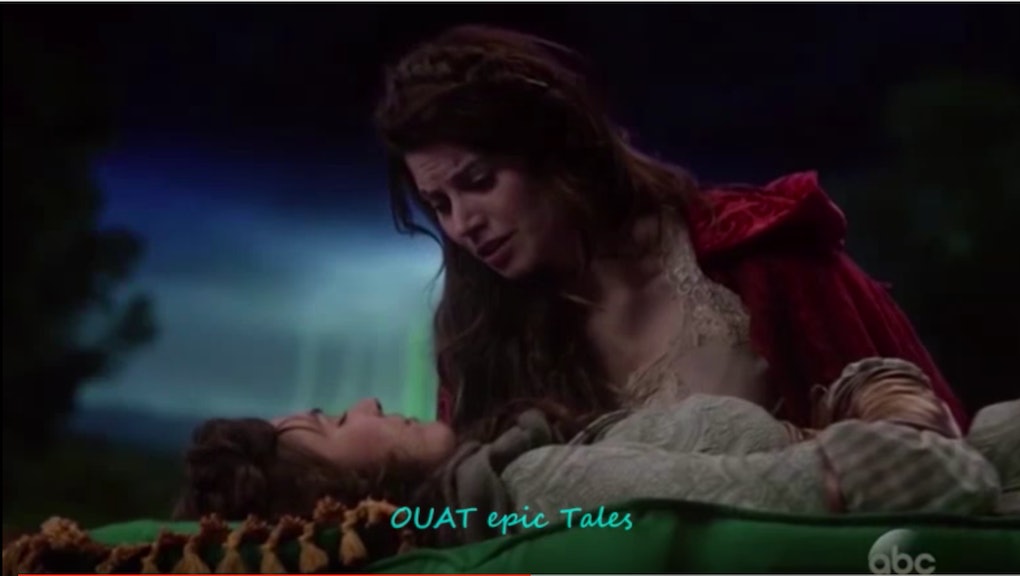 The timing couldn't have been better for ABC's Once Upon a Time to make its long-anticipated move to introduce a queer relationship for the first time in the series. The passionate kiss between Ruby (Meghan Ory) and Dorothy (Teri Reeves) gives the show important sexual diversity, which was promised by the showrunners prior the start of season five.

With that in mind, fans were pleased that Once Upon a Time introduced its first same-sex relationship, and have already dubbed the new pairing "Ruby Slippers" — also the name of the episode. However, some fans felt the series conceived the love story seemingly out of nowhere.

It's certainly not the be-all and end-all solution to TV's "Bury Your Gays" trope, but Once Upon a Time is at least moving in the right direction. Now, they have to avoid needlessly killing Ruby or Dorothy.