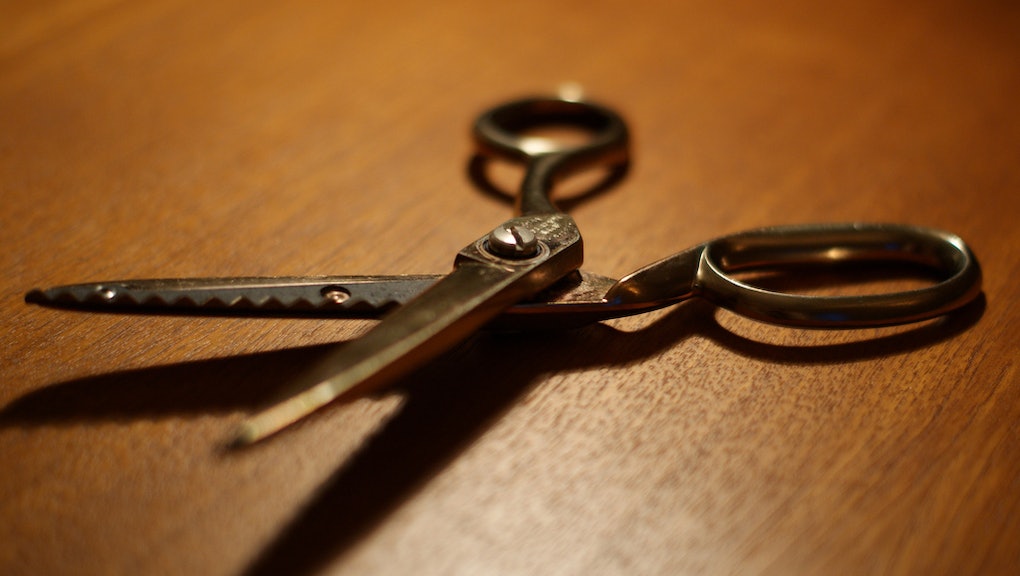 Although one of the popular arguments against circumcision is that it can decrease penis sensitivity, a recent study published in The Journal of Urology shuts down this idea once and for all.

The research featured an exhaustive study of 62 penises and found absolutely no difference in sensitivity between circumcised versus non-circumcised men. In other words, snipping the tip doesn't have any effect whatsoever on men's sexual pleasure.

While urban legend says the foreskin might be the most sensitive part of the penis, the Canadian-American study surveyed 62 case study subjects between the ages of 18 and 37, who indicated otherwise. The study tested circumcised and uncircumcised men's reactions to heat, touch, sexual stimulus and other sensations.

The researchers, led by Dr. Jennifer Bossio in Ontario, found "no differences between the groups." In fact, the sensitivity of the foreskin was more similar to that of the skin on the subjects' forearms than other genital areas. Other areas of the penis, like the shaft, were determined to be much more sensitive during arousal.

Although circumcision is an extremely common practice in North America (in fact, the World Health Organization estimates that more than 75% of American males are circumcised), it's still a hotly contested issue among many parents.

Just last week, a small group of anti-circumcision protesters from the grassroots nonprofit the Bloodstained Men & Their Friends staged a protest in Texas, where they wore pants painted with red crotches and marched with signs condemning circumcision. The group believes that circumcision "is more than a scar or a memory. It's a bloody wound that lives in our flesh," according to its Facebook page.

While anti-circumcision activists might argue that such body modification causes infants unnecessary pain, many health organizations say the practice has long-lasting health benefits. According to the World Health Organization, "male circumcision reduces the risk of heterosexually acquired HIV infection in men by approximately 60%." (It's worth noting that this stat does not apply to women who have sex with men, or men who have sex with men.)

Uncircumcised men are also more vulnerable to various health hazards. In 2012, studies published by the Mayo Clinic Proceedings suggested that approximately "half of uncircumcised males will require treatment for a medical condition treatment sometime throughout their life" for a foreskin-related issue, such as infection, according to hospital discharge data across the United States.

Yet even though there's some evidence to indicate that circumcision might be beneficial from a hygienic perspective, simply because the lack of foreskin makes it easier to wash the penis, there's been extensive debate over whether circumcision leads to decreased penile sensitivity. While different studies have led to varying results, one thing is clear: When it comes to sexual pleasure, cut or uncut, with or without foreskin, all dicks are created equal.