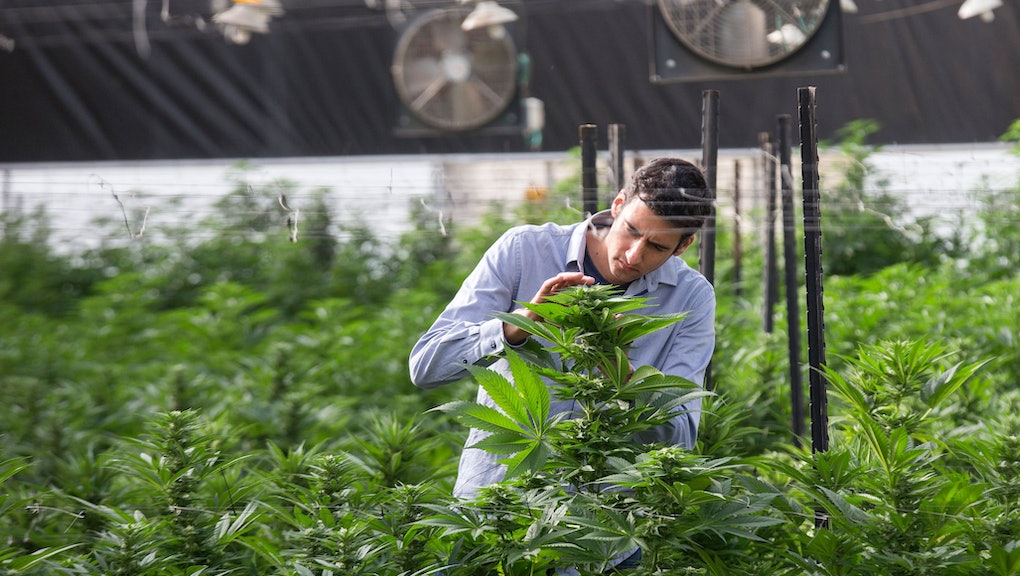 Before the first legal blunts have even been rolled, weed activists in California are already looking to the horizon in promoting "craft," "small-batch," and "sustainable" weed products. That is the message of Flow Kana, a collective of small California weed growers who are preparing an advertising campaign in San Francisco, Oakland and Berkeley to enlighten local voters about the need to keep things small. "Craft farmers, small-batch, sustainable," an ad, expected to be unveiled Monday, reads. "That's cannabis the California way."

Read more: Why Is Marijuana Illegal? Here's the History Behind America's Longstanding Battle Over Pot

Marijuana for recreational use is still illegal in California, despite having been legalized for medical purposes in 1996, and is federally prohibited as a Schedule 1 narcotic, alongside Heroin, LSD and Ecstasy. A voter initiative expected to be on the ballot in November would legalize the drug under state law. Weed, however, would still be illegal under federal statues, but so far, the Obama administration has allowed other states like Colorado to experiment with legal marijuana markets without interference.

The campaign by Flow Kana clearly anticipates a win for cannabis at the ballot box and looks further afield at protecting the industry from large corporations.

"California's cannabis community looks to celebrate the final 4/20 under prohibition this month, due to pending legislation, but we still have to address serious concerns about the integrity of California's cannabis industry going forward," Flow Kana co-founder and CEO Michael Steinmetz said in a statement, according to News Channel 10.

"The health of millions of cannabis users, and the livelihood and culture of tens of thousands of California farmers, is at stake. Other states have shown what happens when large-scale corporatization prevails in cannabis, and we're leading the charge to move our industry forward harmoniously, so that California farmers, cannabis consumers and dispensaries all win."

If the ballot measure is successful, it would prevent the emergence of large corporations into the state's weed market for five years to deter "unreasonable restraints on competition by creation or maintenance of unlawful monopoly power."