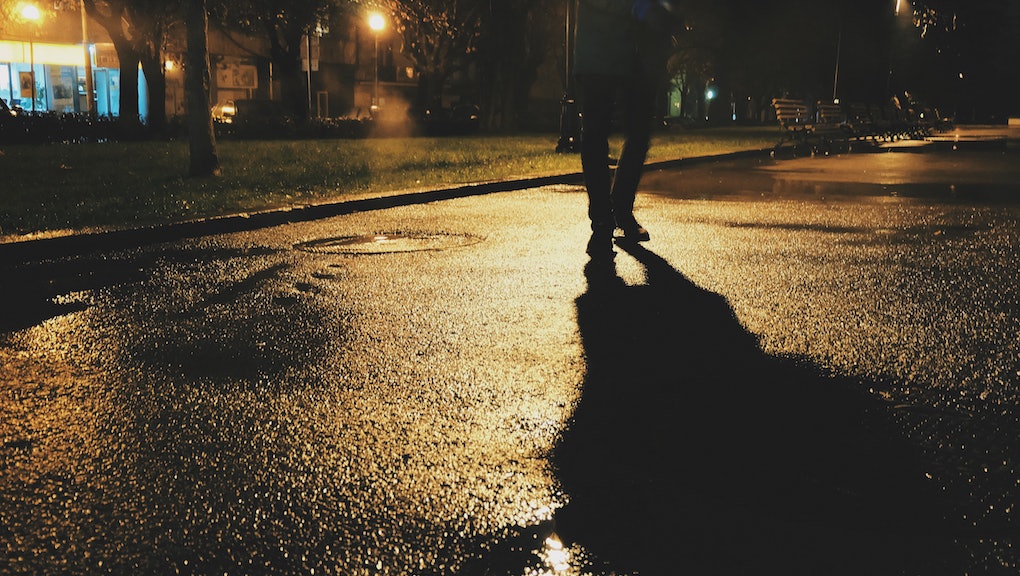 It's hard to fathom what kind of person would hit, stalk or force sexual contact upon a romantic partner.

But according to a new study published in Social Cognitive and Affective Neuroscience, men who commit intimate partner violence have different brain activity than other types of criminals — and researchers say their findings could help prevent abusers from re-offending.

What is IPV? IPV is "physical, sexual or psychological harm by a current or former partner or spouse," according to the Centers for Disease Control and Prevention. It's disturbingly prevalent in the U.S.; an average of 20 people per minute are victims of physical IPV, according to the National Intimate Partner and Sexual Violence Survey, and more than 10 million men and women are victims of IPV each year.

While this study looked specifically at men who committed violence against women, IPV can happen between anyone.

In an attempt to understand why people commit IPV, past research has focused on social factors. Boys who witness their mother being abused are more likely to abuse their future female partners, according to the Domestic Violence Roundtable. According to the CDC, risk factors for committing IPV include "seeing or being a victim of violence as a child" and "not having a job, or other life events that cause stress."

Neurological research on IPV has been "scarce," the researchers wrote — until now.

The study: Researchers from the University of the Granada in Spain compared the brain activity of 21 perpetrators of IPV — specifically, men who had been convicted for a crime of violence against women — with that of 20 other criminals. They ran functional MRI on the participants' brains while showing them three types of images: some that depicted IPV, some that depicted general violence and some that depicted neutral imagery.

When looking at photos of IPV, the IPV perpetrators had higher activation than other criminals in parts of the brain responsible for "episodic memory retrieval," "emotional reasoning," "self-referential aspects of thinking," "emotional contagion" and "affective perspective taking," the study found. The perpetrators also had decreased activation in the superior prefrontal cortex, which is thought to contribute to "higher cognitive functions."

The IPV perpetrators also had unique brain responses when viewing images of IPV alongside images of general violence.

"The results of this preliminary work may have important implications for a better understanding of violence against women, and the variables relating to recidivism among offenders," researcher Natalia Bueso Izquierdo said in an email.

"More immediately, this knowledge can help improve the effectiveness of rehabilitation  for those involved in intimate partner violence, and prevent them from committing such actions."

Is the study helpful — or harmful? Lisa Lee, executive director of Advocates to End Domestic Violence, foresees a number of possible impacts of the study — not all of them good.

"I wondered if this is something that a prosecutor or defense attorney would use to try to get someone off," Lee said in a phone interview Tuesday.

It's a valid concern. Men who abuse women often try to deflect blame for their own harmful actions (victim blaming, anyone?). If perpetrators of IPV can prove they have some inalterable brain condition, it could become yet another way for abusers to deny responsibility.

It could also stand in the way of survivors understanding their abuse wasn't their fault, according to National Domestic Violence Hotline CEO Katie Ray-Jones.

"I'm a little fearful that the information could be another means where victims/survivors may rationalize behavior thats happening," Ray-Jones said over the phone Tuesday.

Lee also wonders how the findings will impact the future of dating. "Is this something you have to put up on your LinkedIn profile or your dating site?" she hypothesized. "'I have a clear brain scan. I'm marriage material. I don't have any tendencies toward abuse.'"

Unfortunately, if that were the case, victims might get blamed for not knowing their abusers' brain status before entering into a relationship with them. "What society would say is, 'What is wrong with you that you picked this guy with a bad brain scan?'" Lee said.

On the upside, the scans could also help protect victims — like providing evidence as to why a certain person warrants a restraining order.

And contrary to Ray-Jones' other worry, the findings could also show victims why they're not, in fact, to blame. Some survivors have the mistaken belief that if they change their behavior, they can make the abuse stop. The scans would prove that isn't the case — "further evidence that it's not your fault," Ray-Jones said.

"There's nothing you need to change in order to change his behavior."

There's still more to learn. The researchers conducted their study on men who'd already committed IPV; would they have found the same results if they'd scanned the men's brain activity when they were children?

It's important to know how much of IPV comes down to abusers' inherent personalities, and how much comes down to the environments in which they were raised.

"I like to think it's environmental — then you can control it," Lee said. If genetics play a role, the future is more bleak.

"How do you control something that's genetic?" she asked.