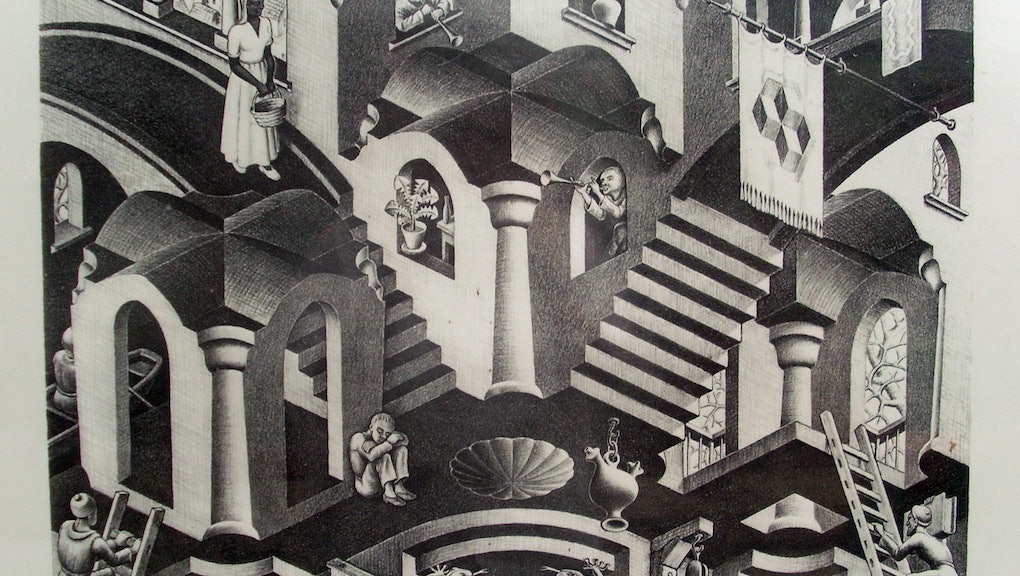 The Mind-Bending "Time Slice" Concept Will Make You Rethink Perception

What if our brains are actually missing bits and pieces of our entire lives?

Researchers are calling it a "Time Slice" theory — but in reality, it's more like a conceptual skeleton, lacking the statistical meat to be a full-fledged theory. It goes like this: Suppose our brains aren't actually taking in everything we see as we go through life. It's more like a series of snapshots, taken fast enough that it creates enough of a mental narrative that you don't stop and wonder, "What the hell just happened?"

Between those snapshots, our brains don't pick up what's happening.

Think of when you watch a movie at the theater. To the naked eye, the movie is seamless. But in reality, it's a series of images flying by at 24 frames per second. Similarly, your brain is actually translating new information from the world around you — smells, sights, sounds — hundreds of milliseconds after you first experience it. Your brain cuts down the frame rate of reality, just like how YouTube processes an enormous video file when you upload it.

This idea of time slices isn't new. We've known for a while that the brain can't keep up with every bit of stimuli around us. Explaining the unconscious perception of the world is pretty much how Sigmund Freud paid his rent. The new twist suggests that maybe there's a two-part model of an allegedly measurable buffer between processing and perceiving things we see around us.

According to two neuroscientists — École Polytechnique Fedérale de Lausanne's Michael Herzog and the University of Zurich's Frank Scharnowski — the two stages break down like this: First is unconscious perception, in which the brain processes specific features like color and shape. Then comes the conscious stage, which gives us the "picture" we believe to be the whole story.

The two authors estimate the unconscious stage between what you see and what you register is about 400 milliseconds on the high end.

The whole process is illustrated below:

The framework finds a safe, but still pretty wild, middle ground between two poles in the ol' "continuous versus discrete" debate. But we're still missing a lot of evidence.

According to Dr. Michael Halassa, an assistant professor in the departments of psychiatry and neuroscience and physiology at NYU Langone Medical Center, a psychological framework like this is too general to be taken seriously, especially because the only information we have is about vision, not the other senses.

"If they knew what the buffer was, how long it lasts, that would change the world," Halassa told Mic in a phone interview on Monday. "But they don't have that. So it's just a model, a review of an experiment from 2009."

While the model might be as skeletal as Halassa thinks, it's one helluva promising skeleton. Being able to identify and prove when and how consciousness arises could give way to a better understanding of how we interpret the world around us, how much information we take home at the end of the day and what our subconscious actually does with it. Quantifying that information takes it out of theoretical sciences and turns it into something more tangible.

In other words, there's a whole lot of world out there between the snapshots we might not be experiencing. This brings us closer to bridging, or at least understanding, that gap.