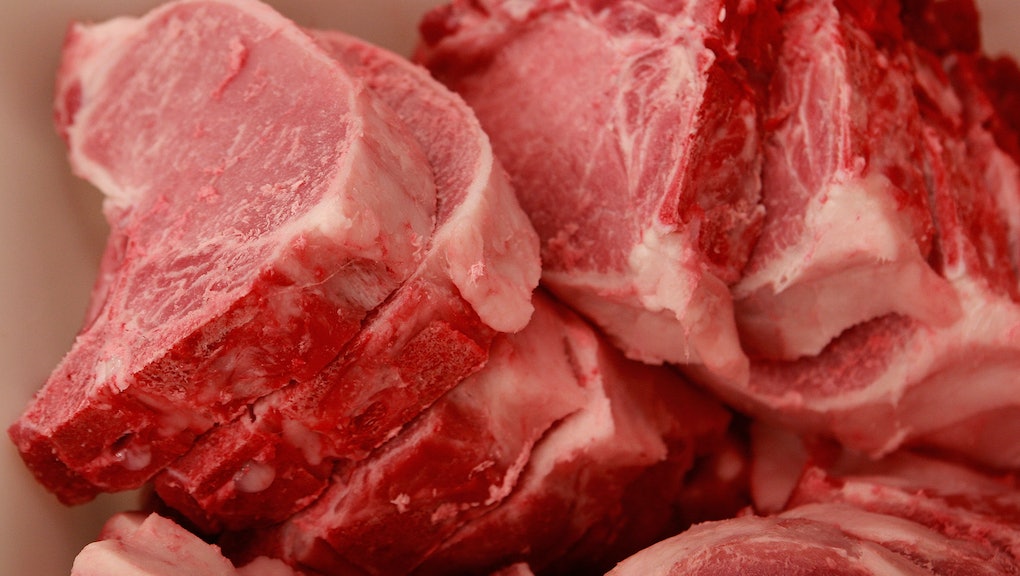 Scientists Can Stream Netflix Through a Steak, and It’s Actually Awesome News for Doctors

Researchers at the University of Illinois successfully streamed HD video through raw meat.

That doesn't mean projecting a Netflix video onto a pork loin.

The researchers placed a device on either side of the meat, wirelessly transmitting the data through the meat from one device to another. The use case the researchers envision in medical research would be sending data from a medical implant device through a human body to a doctor's computer.

"To our knowledge, this is the first time anyone has ever sent such high data rates through animal tissue," Andrew Singer, a professor of electrical and computer engineering at Illinois, said, UPI reported. "These data rates are sufficient to allow real-time streaming of high definition video, enough to watch Netflix, for example, and to operate and control small devices within the body."

These ultrasonic signals may allow medical researchers to both livestream HD video from and control implanted medical devices — such as pacemakers, glucose monitors, insulin pumps, intracranial pressure sensors, epilepsy control and digestible cameras, a news release reported — in a more efficient way than using radio frequencies, which is how most implants transmit data now. Less data is lost when it is transmitted through ultrasonic waves rather than radio frequency electromagnetic waves, the researchers say.

Today, store-bought beef liver. In the near future, a living, breathing cardiac patient.