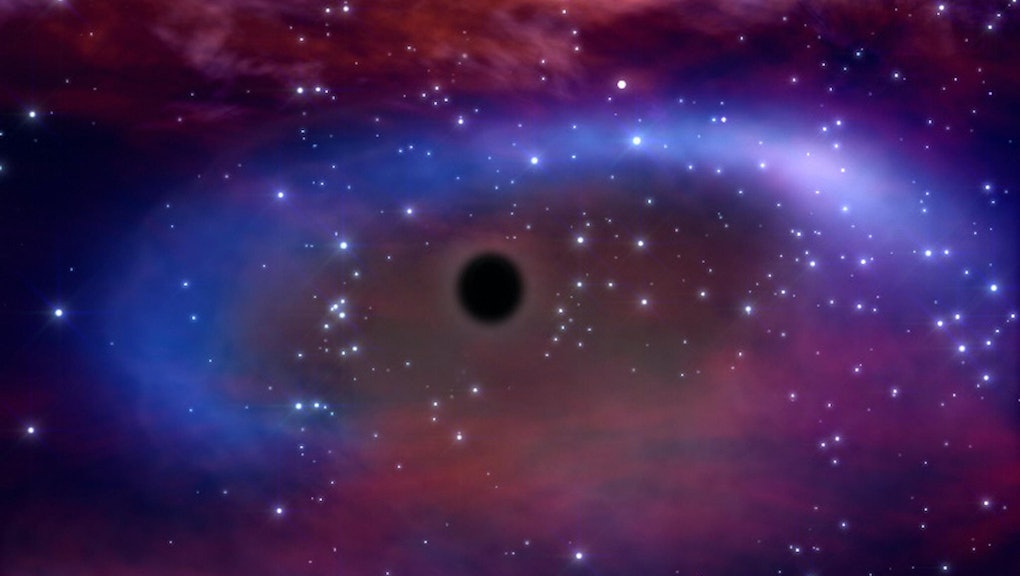 What Is a Black Hole? The Space Phenomenon Explained

Of all the mysteries in outer space, black holes are one of the most intriguing. They're big, but they're also small, you can't actually see them and they can basically eat stars. What could be cooler than that?

According to the science smart-brains over at NASA, black holes are "a great amount of matter packed into a very small area," like "a star 10 times more massive than the Sun squeezed into a sphere approximately the diameter of New York City." When so much mass is compacted like that, it creates "a gravitational field so strong that nothing, not even light, can escape" — hence the name. Rather than being a pit of nothingness, black holes have so much mass that they can't help but suck in everything around them.

They were first named in 1967 by physicist John Wheeler, but according to NASA, the concept of an "object in space so massive and dense that light could not escape it has been around for centuries." In his theory of general relativity, Einstein predicted black holes by proving that it was mathematically possible for the core of a collapsed star to have enough mass that the force of its gravity would be stronger than everything around it.

Black holes are most often created when a star explodes and dies — but we're still not sure exactly how they form. Because they don't emit light, black holes can't be seen with "telescopes that detect X-rays, light or other forms of electromagnetic radiation." But black holes can be inferred — that is to say, you can see where they are because of the effect they have on the things around them.

The real question is, can you use black holes as portals for interstellar travel? Surprisingly, the answer is maybe... But it's more likely that going through a black hole would result in your body getting stretched into super-thin strands of matter and then blackness forever.

Read more: Black Holes Might Have "Firewalls" That Instantly Incinerate Things That Fall In