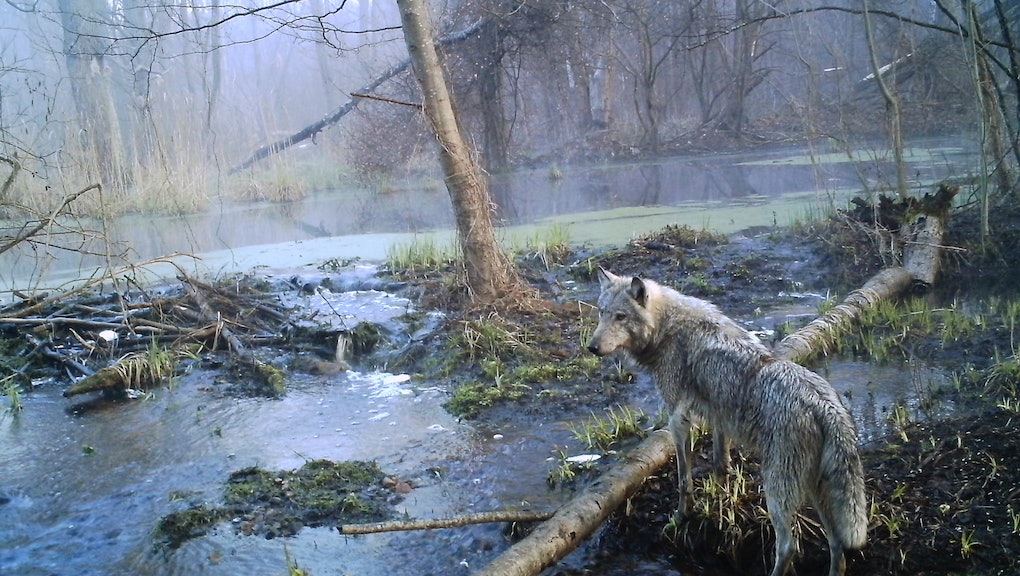 Since the historical nuclear explosion there almost three decades ago on April 26, 1986, scientists have discovered that the human ghost town of the Chernobyl Exclusion Zone has become an unexpected sanctuary for wildlife, according to National Geographic. Using remote cameras, scientists found 14 different mammal species' populations, such as the raccoon dog and gray wolf, to be thriving rather than withering, according to a study published Monday.

Scientists believe that without humans hunting or destroying their habitats, animals are able to flourish, despite the high levels of radiation of the area that borders Ukraine and Belarus, National Geographic reported.

Among the trees, decrepit cottages and empty canals, wander Przewalski's horses, wolves, badgers, deer and moose. Ravens fly in the air and swans paddle in radioactive ponds. As the animals continue their takeover, it could possibly return the 1,600-square-mile area to its pre-human state.

Read more: Someone Flew a Drone Through Chernobyl and the Result Is Haunting

Thirty years ago, the haunting site looked radically different. After the nuclear plant exploded from human and constructional error, its reactors continued to burn tall stacks into the air, and fallout reached as far as Norway, according to NBC News. The initial blast killed 31 people in an area that is now Ukraine, although 4,000 fatalities are estimated to be associated with the disaster.

The leftover radiation won't go without consequences, as animals consume contaminated material through the food chain. Although the time for shocking mutations has passed, scientists have found that nuclear contamination has caused defects like albinism and cataracts in birds. The intensity of the effects depends on the concentration of the species, so roving wolves could possibly get less radiation than mushroom-eating voles.

"I would argue that for many of those species [the effects of radiation], even if they're there, probably aren't enough to suppress populations to the point where they can't sustain themselves," biologist Jim Beasley said to National Geographic.

This year in particular indicates the half-life of the dangerous radionuclide cesium-137, meaning it's at half of its amount since the explosion. For humans, the area probably won't be habitable for another 10,000 years, NBC News reported.