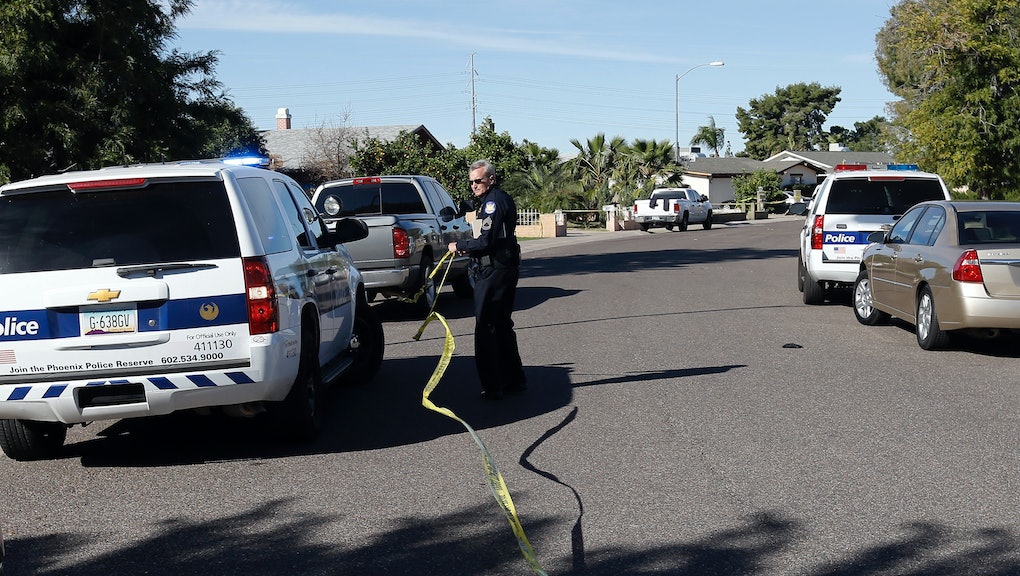 Media stories on police killings since the new year have been exceedingly rare, but it isn't because the killings aren't happening.

Here are some sobering stats, via a Huffington Post analysis published Monday: Nearly 300 people have been shot and killed by police officers in 2016, and at least 20 cases have involved unarmed civilians.

But more unnerving still is the number of those killings of unarmed civilians that have been covered by major cable news networks: zero.

The Huffington Post investigation of transcripts found no coverage at CNN, Fox News, or MSNBC of the kinds of killings that routinely caused a storm of controversy throughout 2014 and 2015.

Among the jarring killings that have largely evaded media attention, the Huffington Post noted, is that of David Joseph, a 17-year-old killed by a Texas police officer after wandering the streets naked and unarmed. The officer in the case shot Joseph despite the 911 dispatcher noting that he was unarmed.

What explains the ebb in coverage? Well, popular media has never been a consistent chronicler of police killings — and the violence against unarmed citizens long precedes the upswell in coverage that began with Michael Brown's death at the hands of a Ferguson, Missouri police officer in 2014. But two factors have played a significant role in contributing to the most high-profile cases in recent times — video evidence and protests.

Graphic cell phone video footage of the deaths of unarmed men like Eric Garner in New York and Walter Scott in South Carolina made for compelling visual stories that often spread like wildfire on social media and present an obvious, if often gruesome, way to report on police misbehavior. And mass protests — especially when they evolve into riots as they did in Baltimore in 2015 and Ferguson, Missouri, in 2014 — tend to attract fierce media attention.

Those factors shouldn't be prerequisites for media coverage of a systemic issue, but it's evident that they often are.