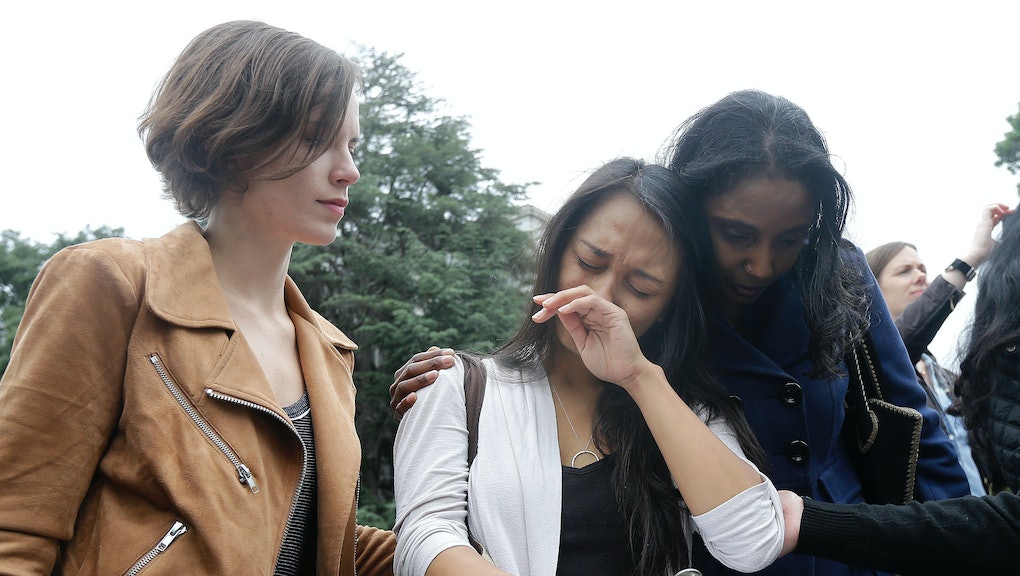 It's no secret that we live in an openly, often aggressively misogynistic culture. Yet we don't often discuss just how and when young women become objectified by society. Studies indicate, however, that it happens at a very early age: In fact, 84% of women are subject to street harassment before they turn 17, according to a 2015 survey.

On Tuesday, hundreds of women flooded Twitter to shed light on childhood sexual objectification by sharing their own stories with the hashtag #WhenIWas.

The hashtag started as a campaign by feminist nonprofit Everyday Sexism, but it quickly went viral and took on a life of its own. The women's stories range from accounts of early street harassment to slut shaming and victim blaming to reports of sexual abuse. "It helps us see the connections between these things," Everyday Sexism founder Laura Bates said in a phone interview. "the things we're told not to make a fuss about and the more serious abuse."

The stories that women are sharing underscore the fact that young women experience a shocking amount of sexual violence, both verbal and physical. According to the National Sexual Violence Resource Center, 1 in 4 girls will become the victim of sexual abuse before she turns 18. And 12.3% of survivors were assaulted before they were 10 or younger.

In addition to social media campaigns, Everyday Sexism receives longer stories submitted directly to their website. Out of over 100,000 stories from four years of the project, Bates was shocked to see 20 to 25% were submitted by girls under 16 years old. "It really blew me away," Bates said. "It's so widespread but its so often dismissed or disbelieved...These things start when girls are as young as eight or 10 years old, and it's important to recognize that these things have a lifelong impact."

Young women are also increasingly at risk of sexual harassment online, with one Pew Research Center study revealing 35% of teenage girls have been forced to block or unfriend people online for making unwanted sexual advances toward them.

Even though we tend to talk about sexual assault and harassment as if they are issues faced by a small minority of women (many of whom are actively blamed and shamed for their own assault), #WhenIWas forces us to acknowledge the uncomfortable truth that these issues hit close to home.