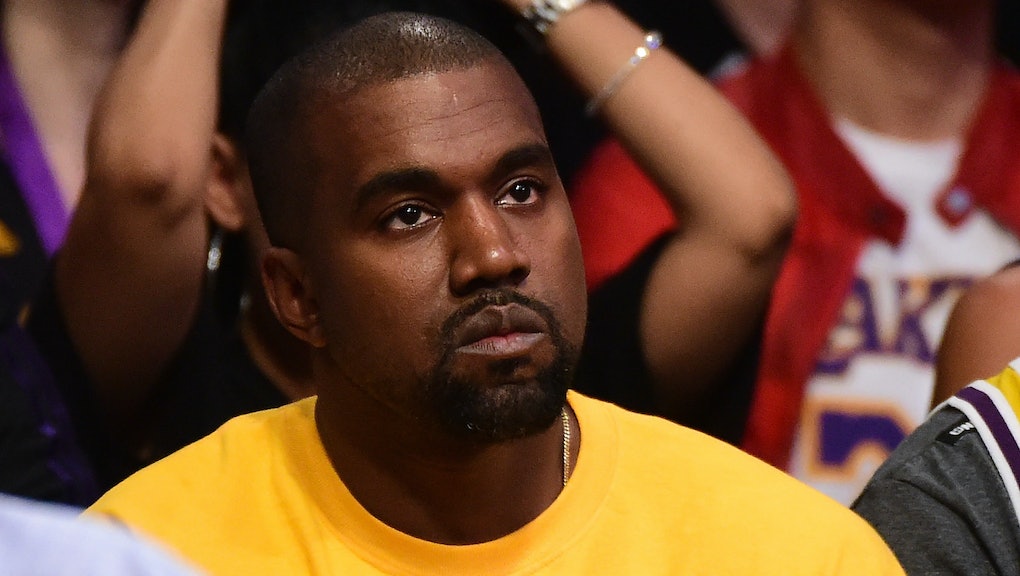 Remember when Kanye West tweeted that The Life of Pablo would "never be on Apple. And it will never be for sale"? Well, now that it is on Apple and Spotify and the rest of the major streaming platforms, that comment may come back to bite West and his big brother Jay Z's Tidal in the ass.

As reported by the Associated Press, Kanye fan Justin Baker-Rhett has filed a class-action lawsuit suing West and S. Carter Enterprises, Jay Z's holding company, in a U.S. District Court in San Francisco for misleading consumers. The suit states that West and SCE tricked the public "into handling over their private data and credit card information by a singular mistruth," according to Rolling Stone.

The lawsuit estimates that the value of all this data could add up to $84 million for Tidal. Baker-Rhett's lawsuit asks for $5 million and demands the company "delete" his private information and that of anyone who joins the lawsuit. Yes, you too could join the Fuck Tidal team and join in the fun of taking the streaming service down a peg.

"Neither Mr. West nor S. Carter Enterprises ever intended The Life of Pablo to run exclusively on the Tidal platform," the filing reads, according to Rolling Stone. "To the contrary, they — knowing that Tidal was in trouble but not wanting to invest their own money to save the company — chose to fraudulently induce millions of American consumers into paying for Tidal's rescue."

West and Carter were able to rake in absurd amounts of subscriptions and streams. In March, a month and a half after TLOP's release, Tidal reported it had hit 3 million subscribers, up from the 1 million it announced in October. It also shared that West's TLOP amassed 250 million streams in the first 10 days — numbers that seemed suspiciously high to many for a service only 3% the size of Spotify and its estimated 100 million users.

To think that a Kanye West tweet could undo all the momentum Tidal gained from Pablo. If only West could go back and edit his Twitter feed the same way he could edit his album. But unfortunately, the internet never forgets.