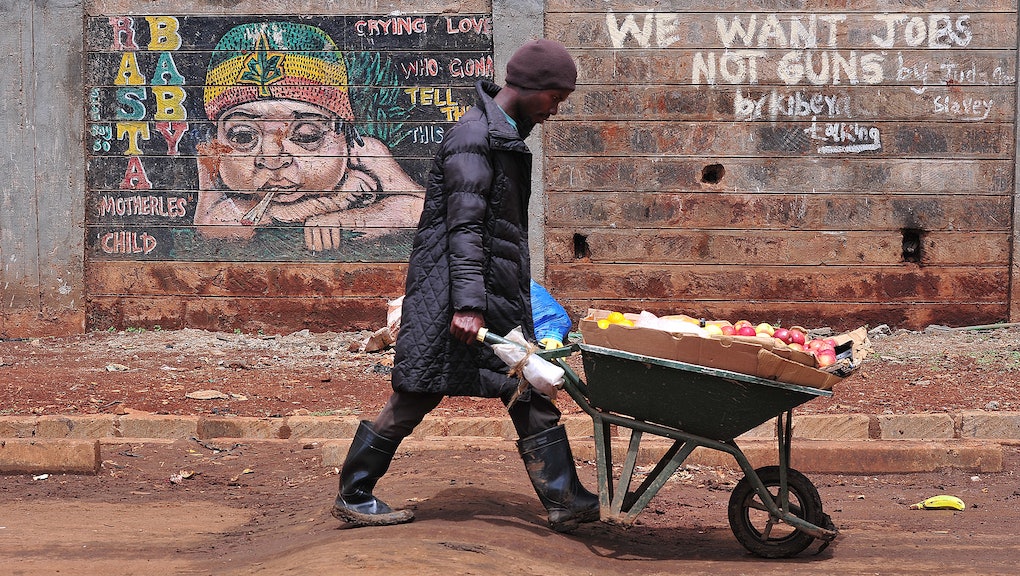 To Test Basic Income, 6,000 People Will Get a Salary Just for Being Alive

The concept of basic income is gathering steam. It's not too surprising that people would be excited about the idea of everybody getting a paycheck just for being alive. What's extraordinary is that some people are willing to pay those salaries.

GiveDirectly, a charity that sends cash to people in Kenya and Uganda, is raising $30 million to fund a program that will give 6,000 Kenyans a basic living wage, no matter what, for 10 years, the Verge reported.

Basic income addresses a big technological question posed by the slow tide of robot automation: What are humans going to do when all of the jobs and money are gone?

A futurist's vision of society says robots will create all of the resources that we need to live, and a minimum salary will make sure the humans can still buy those goods.

But if a radical welfare reform like basic income were passed into law, it would be after rigorous testing and hard evidence that it works, and that evidence doesn't exist yet. The GiveDirectly founders hope this test will prove a theory that for century was just a dream.

"At worst, that money will shift the life trajectories of thousands of low-income households," the founders wrote for Slate. "At best, it will change how the world thinks about ending poverty."

Cash, please: We already have social safety nets in the form of food stamps, Medicaid and other means-tested assistance programs. Basic income advocates say these systems should be replaced with a direct payment: cold hard cash that people can spend however they choose.

GiveDirectly is partnering with MIT academics to examine what happens when people start receiving a basic salary without any strings attached or prescriptions about how to spend it. Do they spend more time with their children? Do they use the money on leisure and entertainment? Do they reinvest it?

If all goes well, it could be the kind of cue that some countries need to start properly investigating basic income — for everyone, not just those in need — as a basic staple of human life.