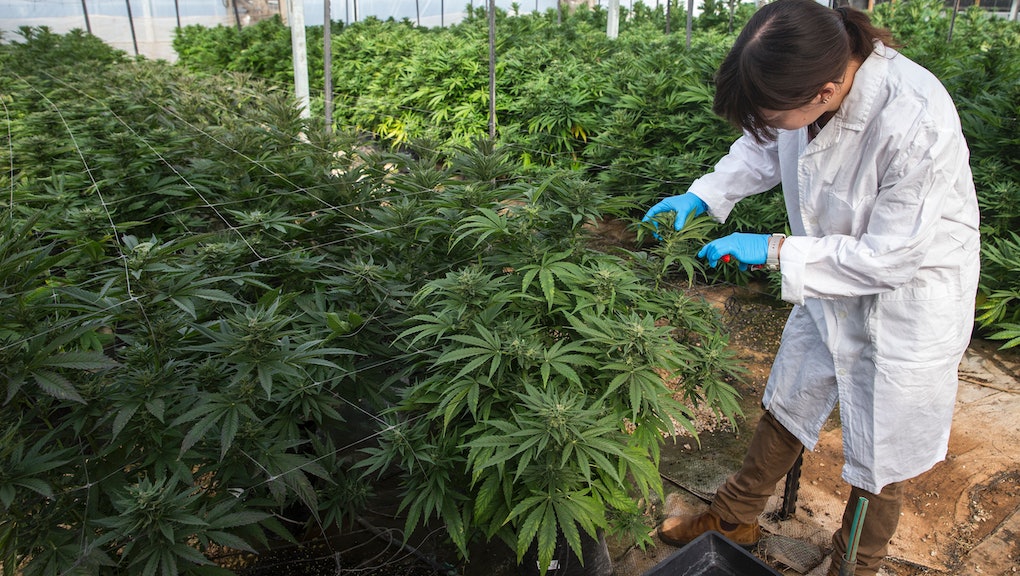 Weed Day 2016: History and Origins of 4/20 and How the Marijuana Culture Day Came About

It's April 20 and LBR... you're probably high right now. The day, known by many as 4/20 or 420 or Weed Day — whatever the shorthand — has become a ubiquitous euphemism for pot smokers and enthusiasts around the world. But why? Here's a brief history of the origins and meaning of 4/20.

Theories about how 4/20 came about are as varied as all the strains of weed in the world. The most compelling is that it was created in 1971 by five high school friends from San Rafael, California, collectively known as the "Waldos," named for a spot by a school wall where they would hang out, according to a Huffington Post story by Ryan Grim, the author of This Is Your Country on Drugs: The Secret History of Getting High in America.

Read more: Here's How Smoking Weed Will Affect Your Sleep

According to Grim, the original number 420 referred to a time the students would meet to hunt for an alleged secret crop of weed in a nearby forest that — as the story goes — a local Coast Guard service member, who could no longer tend to it, vacated.

The Waldos never found the hidden crop, but day after day "420" evolved from the time to start looking to simply a code for all things weed, Grim wrote. The double meaning may have stayed between them forever if they had been anywhere else in the country, but San Rafael, in the heart of California's counterculture, eventually adopted the term — spreading from Grateful Dead concert to Grateful Dead concert and beyond.

Now, with legal marijuana increasingly on the horizon in the United States, secret weed code words may become obsolete, and the 420 moniker could soon go the way of prohibition moonshine.

As a side note, April 20 happens to fall on the birthday of Adolf Hitler and the anniversary of the Columbine school shooting. It's also when the Deepwater Horizon oil rig exploded in the Gulf of Mexico.