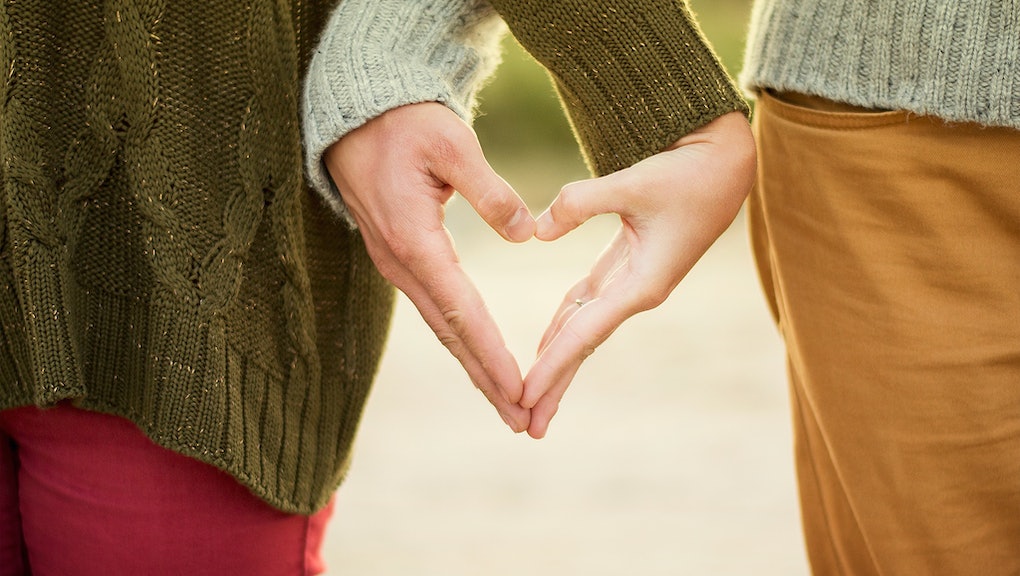 Can Science Determine When You'll Lose Your Virginity?

In a 2016 reboot of American Pie, Kevin, Jim, Oz and Finch wouldn't make hopeless guesses about when they'd lose their virginity. Instead, they'd undergo genetic testing.

The first time we have sex may seem like something we choose for ourselves. Maybe we decide we're open to having sex with our high school partners. Or maybe, for religious reasons, we choose to wait until marriage.

But according to a new study published in Nature Genetics, the age at which we first have sexual intercourse also comes down, in part, to our genetics.

"We were able to calculate for the first time that there is a heritable component to age at first sex, and the heritability is about 25%, so one-quarter nature, three-quarters nurture," lead researcher John Perry of Cambridge University said, according to the Guardian.

It's in our genes. Perry and his fellow researchers identified 38 regions of the human genome associated with how old we are when we have sex for the first time.

Some of those 38 genomic regions are involved with biological reproductive processes — such as puberty onset — while others had to do with personality and behavior. One gene variant linked to earlier first intercourse, CADM2, is also associated with "risk-taking behavior and having a large number of children," according to the Guardian. A gene variant linked to later first intercourse age, MSRA, was associated with "irritability."

"We weren't expecting to find this sort of thing when we started out," Perry said, according to Scientific American, but "if you're thinking of risk-taking, if you're thinking of irritability, you could see how that would have a downstream effect on your reproductive behavior and the choices you make."

Why it matters: The researchers showed there's a genetic link between the age you start puberty, the age you have sex for the first time and the age at which you have your first kid.

Past research has shown that the younger you are at each of those milestones, the less educational success you'll have, according to the Guardian. For Perry, the study "helps to inform us about future preventative efforts to delay puberty in young children."

And hey — if you were as insecure in high school as the American Pie cast, rest assured it was just genetics.