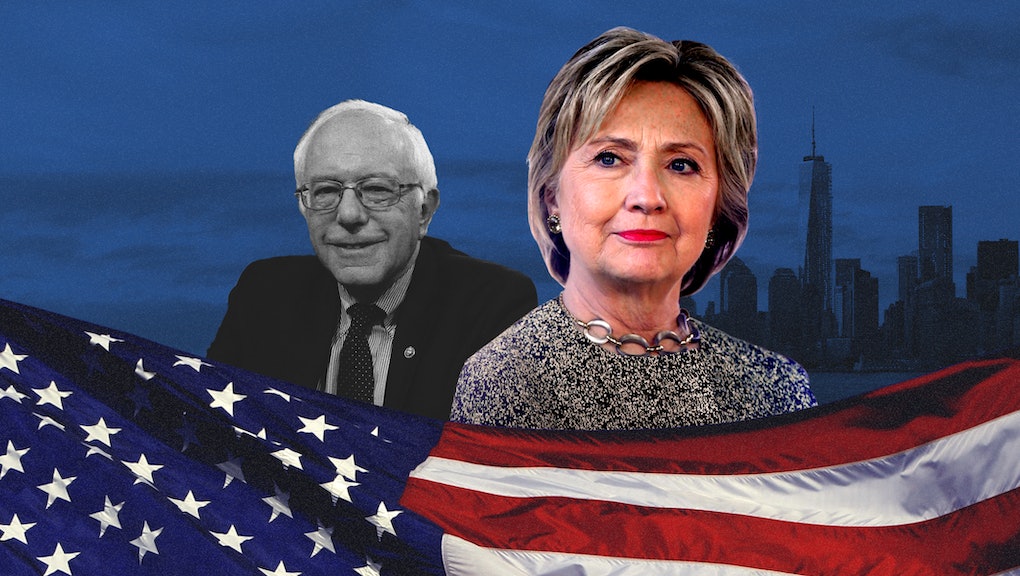 Hillary Clinton defeated Bernie Sanders in the New York Democratic primary on Tuesday, averting a humiliating loss in the state she served as a United States senator and cementing her status as the party's presidential frontrunner.

The Associated Press called the race for Clinton at 9:45 p.m. Eastern:

"Today, you proved once and again there's no place like home," Clinton proclaimed at her midtown Manhattan victory speech. "In this campaign, we've won in every region in the country from the North to the South to the East to the West, but this one's personal."

The state of play: Clinton's victory follows weeks of increasingly acrimonious sparring between the two candidates, with Sanders questioning Clinton's qualification to serve as president and the former secretary of state depicting the progressive populist as fundamentally unserious about public policy.

In her victory speech, Clinton sought to move beyond those tensions and pivot to general election mode.

"To all the people who supported Sen. Sanders: I believe that there is much more that unites us than divides us," she said.

While a Clinton loss would have underscored persistent vulnerabilities on her left flank and may have triggered establishment panic, New York was even more of a must-win state for the Brooklyn-born Sanders.

Tuesday's loss lengthens the already-long odds confronting the Vermont senator, and it comes despite Sanders outspending Clinton by about two to one on the airwaves, according to data from NBC News.

But his performance far exceeded the abysmally low expectations he faced when he launched his insurgent campaign.

In a June 2015 Quinnipiac University poll, Sanders trailed Clinton by 40 percentage points, taking 15% of the vote to her 55%. The subsequent growth in his support both in New York and nationwide underscores the resonance of his inequality-focused campaign, which has galvanized a core of progressive voters — whose support Clinton will need in the looming general election.