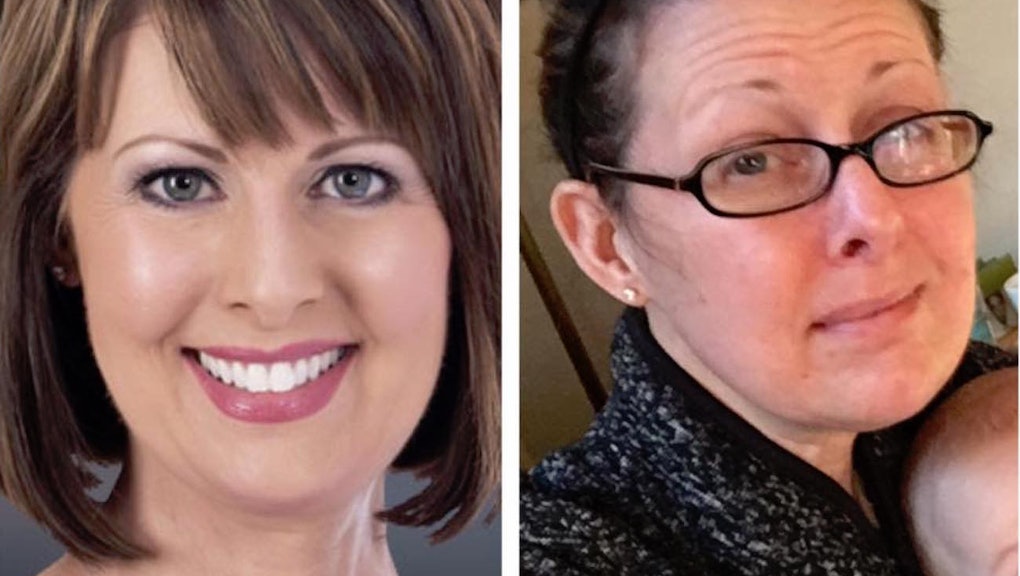 New mother Erin Kiernan does not need you to appraise her appearance, thankyouverymuch. Unfortunately, though, when the Iowa news anchor posted a selfie with her infant, she could not escape the internet's critical eye nor its beloved pastime of criticizing a woman's postpartum looks. But the Kiernan was not about to let it go.

The anchor is balancing her WHO-TV job with raising a 6-month-old son, according to Fox News, and, not surprisingly, these two demanding roles keep her quite busy. On April 12, Kiernan she took a picture of herself, hair un-coifed and face makeup-free, with her baby and posted it on Facebook.

"I used to think I knew what exhausted was," she captioned the picture. "Hilarious."

It was an honest picture of what mothering an infant looks like, and many of the comments expressed solidarity. "Thank you for sharing this REAL MOM moment!" user Lilred Ann wrote. "So often we only see women who have it all perfectly and unrealistically put together ... None of that is what being a mom is all about but you've mastered it and shared it with all of us!"

Other users, though, were apparently less appreciative, and Kiernan called them out in a follow-up post. "Snarky message," she captioned side-by-side images of her headshot and her unvarnished selfie. "'This doesn't even look like the same person!' Etc, etc ... mean, nasty, hateful comments ... Newsflash! These are NOT pictures of the same person. The woman on the left is well-rested, spent two hours on her hair and makeup, had a professional photographer take her picture (and Photoshop it, I'm sure), and is in the 'glowing' second trimester of pregnancy."

"The woman on the right," she continued, "got two hours of sleep (maybe), hadn't looked in the mirror, took a selfie, did not put a filter on it and is covered with spit up and drool from a teething and very crabby baby. You are an idiot if you think these are pictures of the same woman. #truth #reallife."