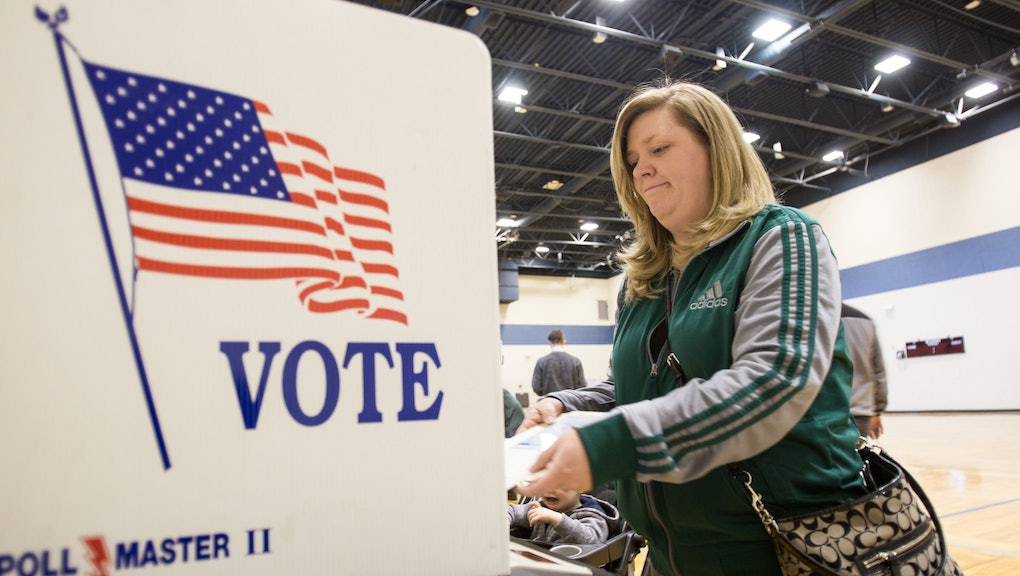 Is It Illegal to Take Photos of Your Ballot or at the Ballot Box? Here's What the Law Says

It's hard sometimes to fight the impulse to share every single event that happens in our lives. Case in point:

However — it might be a good idea to leave the selfie stick at home when you're in the ballot box, in either today's primary in New York or in other elections to come. That's because if you've decided to vote this primary season, and depending on where you are, posting a selfie of your ballot — marked or unmarked — could be a crime.

"You cannot take a picture of a marked ballot [in New York]" Valerie Vazquez, Director of Communications for the New York City Board of Elections said by phone. "It is a misdemeanor." Anyone looking for further proof can research the state's election law where everything is spelled out in black and white.

"Any person who ... keeps any memorandum of anything occurring within the booth ... is guilty of a misdemeanor," the website states. Photos with an unmarked ballot are still kosher, at least in New York.

Leave New York, however and all this changes... maybe. Since states are allowed to produce their own voting rules as they see fit, whether it is or is not illegal to post ballot selfies depends on where you are. The Digital Media Law Project and others have documented at length where you can and cannot take a picture of your ballot.

But don't worry, even if you break the law — the vote will still count....