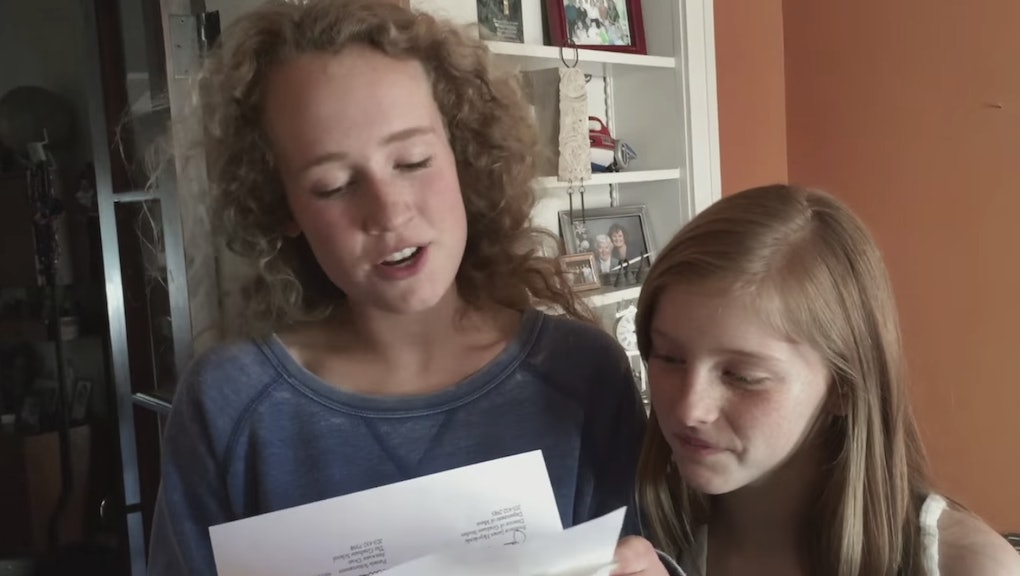 A campaign called Unacceptable Acceptance Letters is imagining what it would look like if colleges owned up to the problem of rape on their campuses — and how they're failing to address it — right off the bat.

Last week, in an interview with Mic, Vice President Joe Biden addressed the statistics that while 1 in 4 women can expect some form of unwanted sexual contact during their time on campus, only 6% of college presidents acknowledge sexual assault is a problem at their schools. "They know it's happening," Biden said. "But they're afraid it will hurt their reputation, their institutions, their competitive edge."

Read more: What to Expect From Your College When You Report a Sexual Assault

In each of the campaign's six videos, fictional high school students find out they've been admitted to the college of their dreams, but as they read through their acceptance letters they learn that it comes with a few caveats.

"Prepare for a challenging year ahead that includes losing your virginity to a rapist," the students alternate reading.

"You will be taken to the basement and violently raped... "

"They'll only suspend him for a single day, and then you're on your own."

Margaret Johnson, the campaign's creative director, said in a statement she released to Adweek, "The first six weeks of college is the period when freshmen have the highest likelihood of being raped. So we timed our campaign to raise awareness at the earliest point when college becomes a reality — the time when incoming freshmen receive their acceptance letters."

While colleges are required to report instances of sexual assault along with other campus crimes in accordance with the Jeanne Clery Act, it's not exactly something they're advertising on college brochures. However, it is a factor prospective students have to consider more and more when sending out college applications and making their final decision.

"For girls my age now, this is something you think about when you apply to college," Sarah, a high school senior, told Mic last week. "You hear enough of these stories about campus sexual assault and you know when you go to college someone will be assaulted and that person could be you or someone you know."

Watch the rest of the Unacceptable Acceptance Letters videos here.