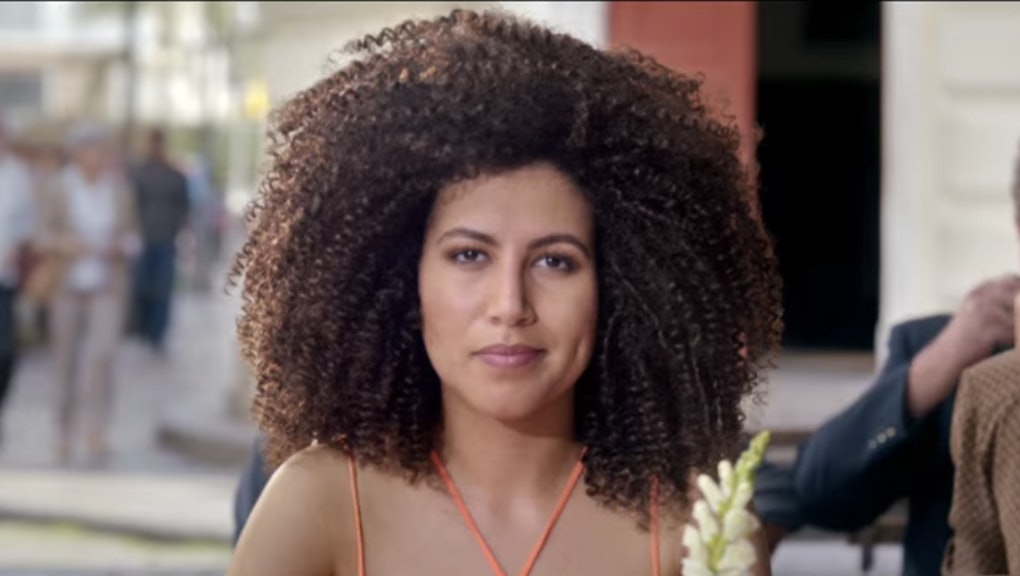 For its Latest Campaign, Dove Wants You to #LoveYourHair

And while that may seem like not a total game-changer to women who probably worry about a lot more than their hair on a daily basis, in the campaign video, Dove reveals that eight out of 10 women feel pressured to wear their hair a certain way.

"The fundamental driver for all of that is that there is this narrow depiction of beauty by society that holds women back," Rob Candelino, the vice president of marketing for Unilever (which owns Dove), said in a phone interview. "We think that's lost potential. We think that's lost energy. Lost confidence."

Read more: No, the Dove "Love Your Curls" Ad Is Not a Feminist Victory

To get that point across, the video introduces a number of women who have all been affected by the preconceived notions in regards to how they can and should wear their hair.

For Sable Yong, a beauty editor, she had never thought she could dye her hair because of her race. "I grew up thinking that I couldn't be blonde because Asians just didn't do that," she says in the video.

Aster, on the other hand, has been criticized for merely straightening her hair. "As if straightening it means that I don't embrace who I am," she says.

And Nadia was once told told to "do something" about her big hair.

The ad itself is not so much about loving your hair in any specific way, but loving what you want to do with it, and what you want it to look like. By having several female voices in the video, it only further affirms the idea that people do have a very narrow perception of what beautiful hair can look like and represent for different people.

"If you empower a woman to believe in herself and believe that her beauty is hers to determine, if you liberate her beauty-related anxiety, she flourishes," Candelino said.

"Only 11% love everything about their hair," Candelino added. "90% of women agree that it'd be great for all women to love their hair. Three-fourths feel that they'd have better self confidence if they felt like they weren't judged by their hair."

At the crux of the commercial, the women tear down judgements they've faced when it comes to their hair, from curly or even blue hair not being professional to grey hair not being beautiful.

Previously, Dove has caught flack for demanding that women think and consider themselves beautiful, above all else, for its own benefit. And that criticism could be transferred over to this campaign as well, albeit in a less convincing sense. After all, in this commercial, Dove aims to broaden the definition of "beautiful hair."

To see what the world thinks that really means, just head on over to Google, and type in "beautiful hair."

The hair is straight and shiny and seen entirely on white women. To Candelino, on the other hand, "Beautiful hair is hair what makes you feel most confident."

There's really no arguing that, is there? The mission is valid. The idea of there only being one way to have beautiful hair is a societal construct. However, this is a beauty company telling women to do whatever they want with their hair (maybe with its products) and by merely pointing this beauty ideal out, it's not exactly affecting anything. After watching the ad, and maybe seeing a few tagged photos in Instagram, there's very little to be motivated about.

Or, say, you really don't like your hair. What does watching an advertisement with a number of women saying they do actually do to help you? Is this really improving things, or is it just an ad with a nice, totally valid message? To Candelino, starting this conversation is merely the first step to real change.

"The first thing is we have to change the discourse," he said. "We have to engage society and the public in this discussion and we have to signal how wrong this is and how heartbreaking it is. The second point is to be massively accepting once it happens. In classrooms or workplaces and then we, society write large, needs to be very accepting."

So in that case, maybe the video is valuable — though it is, admittedly, self-serving of a hair care company to talk about hair beauty standards. Rather than lending its platform over to these women, Dove's ad seems like it figured out this data, figured out the problem and then brought in these women to agree with the problem to make it sound more true. (A recent ad that avoided that problem was this one from Selfridges, which celebrated the women, rather than the product.)

There's also the issue that men aren't having this conversation. That may very well be because the obsession with beauty doesn't extend nearly as deep for men. But we do wish that maybe, in some fantastical future, a commercial telling people to love themselves included men in the conversation, because if the second step to redefining what "beautiful hair" can be is to be massively accepting, then shouldn't men be included in that conversation as well? Men too should feel good about their hair rather than playing a role in making sure women feel like their hair is beautiful.

Until then, we'll let Dove continue to spread the word on why it's so important to decide what's beautiful on your own terms.

Watch the entire campaign video below: