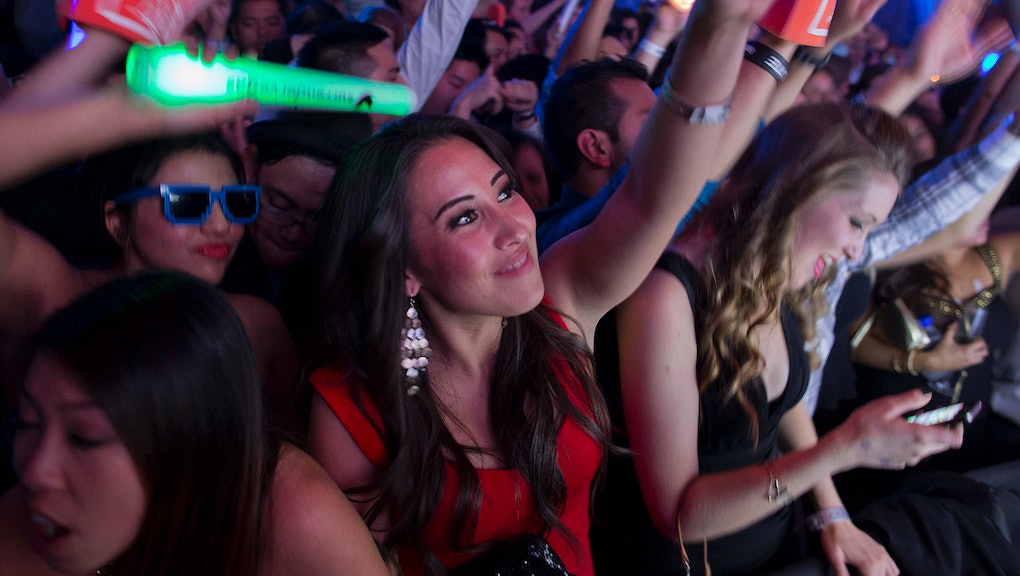 Geek & Chic, a Mexican company in part led by recent college graduates, has found a stylish and innovative way to help mitigate sexual — or any kind of — assault.

It's new brand of "smart jewelry" has a button, which, after being pressed for three seconds, sounds a loud alarm and immediately sends messages to preset contacts with your current location.

Read more: 7 Times Republicans Told Women How Not to Get Raped

Violence against women is a huge and pervasive problem in Mexico. In the state of Chihuahua, for example, two-thirds of women murdered are killed by "husbands, boyfriends or other family members." It has previously been ranked by the Thomson Reuters Foundation as one of the worst G20 countries to be a woman.

"Cops won't do anything, and we didn't want to remain with our arms crossed," David Alvarez, Geek & Chic's company director, told Fusion.

"We developed a line of jewelry and accessories [which], besides being very tasteful and [having] an excellent design, function[s] as a safety device and alert for women where we seek to prevent violent attacks with [a] discreet panic button that emits a loud alarm," their crowdfunding page reads. They have raised $1,230 USD, exceeding their original goal of $1,122.

"The device sends an alert to emergency contacts previously configured if the victim triggers the alarm," the page adds. "Unlike other methods of self-defense, [like] pepper spray or stunners, we believe that our device can achieve a global acceptance because it is not [an] aggressive protection mechanism."

Geek & Chic recently launched a second round of crowdfunding, with a target of $11,500, according to Fusion. They hope to expand their line, and include key chains and unisex bracelets.

Finally, a company taking matters into its own hands.