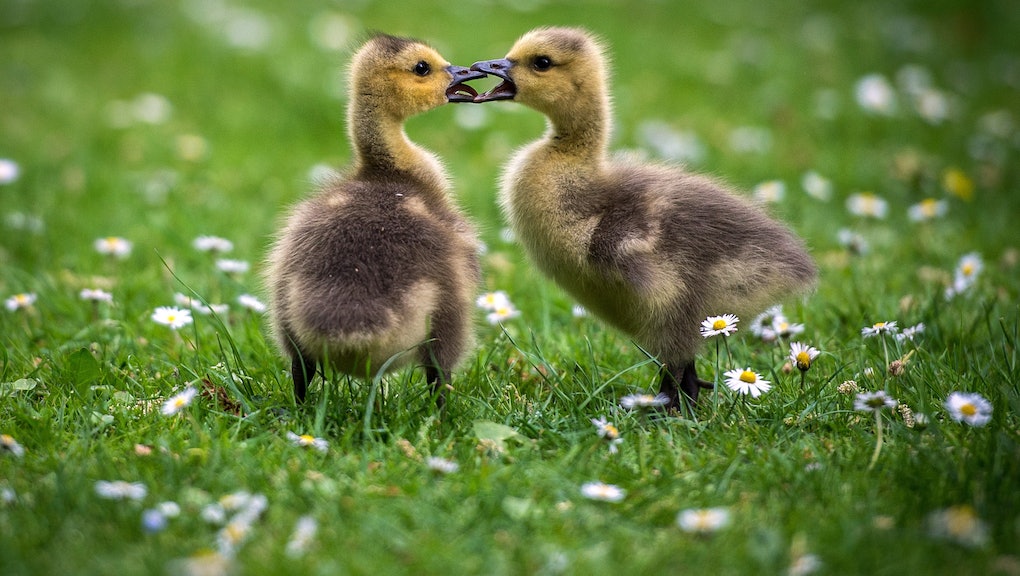 In Honor of National Look-Alike Day, We Ask the Question: Would You Bang Your Clone?

Another day, another "Day." Are we referring to Jason Day, professional golfer and last year's PGA champion? Nope! We're talking about fake holiday Days. And Wednesday is National Look-Alike Day!

Speaking of lookalikes: You know who looks exactly like you? Your clone, if you had one. Speaking of your clone, here's a timeless question: Would you have sex with it?

To glean a bit more insight into the topic, we asked Mic readers via Google Forms if they would have sex with their clones. Of the more than 25 respondents, only seven said they would not take a ride on the Bone-A-Clone.

One anonymous fellow who described himself as "young, gifted, straight and handsome" said he would absolutely do it because "surely it couldn't get any better than me." (Scott Disick? Is that you?) Another guy, 28, and "straight-ish," said yes because "we deserve it."

Others who said yes to the dress clone-sex include a 30-something lesbian who wrote "I'm awesome and I can only assume that my clone would just be as amazing," and a 26-year-old gay guy who wrote, "I wanna know what other dudes feel when I bang them. I've heard it's good." Meanwhile, a pair of 20-something straight women added that "I love me" and "I'm hot."

People who weren't DTF with themselves wrote things like "I don't think I'd be attracted to it!" and "I find the idea creepy" — which, when you really think about it, is fair. What is wrong with the rest of us?

Not everyone is as keen to bang themselves as the people in our casual survey, though. Elsewhere on the internet, the merits of clone fucking have been the subject of intense debate.

BuzzFeed asked its readers last year to answer the question and got a split response: just under 72,000 votes for "No" and just over 63,000 votes for "Yes" — 18,000 of the pro-clone-fuckers reported that "I'd fuck my clone because who would know better how to fuck me than me?" Meanwhile, 19,000 of the anti-clone-fuckers claimed that it would be incestuous, "like having sex with your twin. Wrong and bad!"

Again: a hung jury. One dude said it was only gay if the balls touch while another asserted he was so 100% heterosexual that the only clone he'd ever be interested in having sex with is a clone of Scarlett Johansson.

Of course, the whole "Is it gay?" thing is a non-issue when it comes to actual, uh, gays. Which is perhaps why many of the gay men in our own survey indicated enthusiasm for self-fucking. It's also probably why the phenomenon of "boyfriend twins" — in which gay men jump into relationships with their doppelgängers — is a thing.

At the end of the day, the answer to this eternal question of human existence is just a matter of personal choice that every person has got to make for themselves. In the words of Nicki Minaj on her 2012 party jam "Starships": Fuck who want and fuck who you like.

Even if that person happens to be your hypothetical clone.