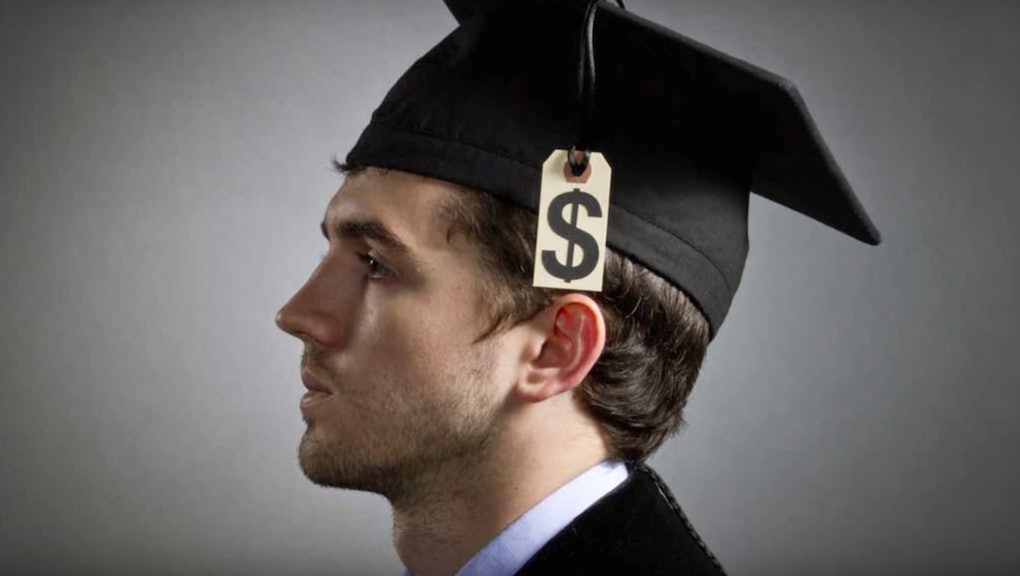 College is expensive AF, and as tuition continues to soar, so does students' reliance on loans to cover the cost of education. While students without full scholarships and/or purse-strings do have the option of applying for financial aid and federally subsidized Stafford loans. However, there are limitations to how much you can be awarded and borrow, and, more to the point, the grants and borrowed money still might not be enough to pay for your education. Short of dropping out of school, students then have the option of applying for private student loans, but agreeing to the terms often feels like making a deal with the devil.

Read more: 4 Ways to Get out of Debt When You're a Broke AF Millennial

The U.S. Department of Education provides loans to any eligible student matriculated at least half-time at an accredited four-year college or university, two-year community college or vocational school. Government loans are considered better because the interest rates are not only fixed, but fixed at a low interest rate. The lower the interest rate, the less you'll have to pay back in addition to the amount you borrow.

The interest for a subsidized Stafford loan is paid for by the U.S. government while you're still enrolled in school. If you fall below half-time status, or when you graduate, you have a six-month grace period before you have to start making repayments.

In short: private loans might help you settle your tuition in the interim, but they can completely screw up your finances down the road — you might be paying nearly double of what you originally borrowed.