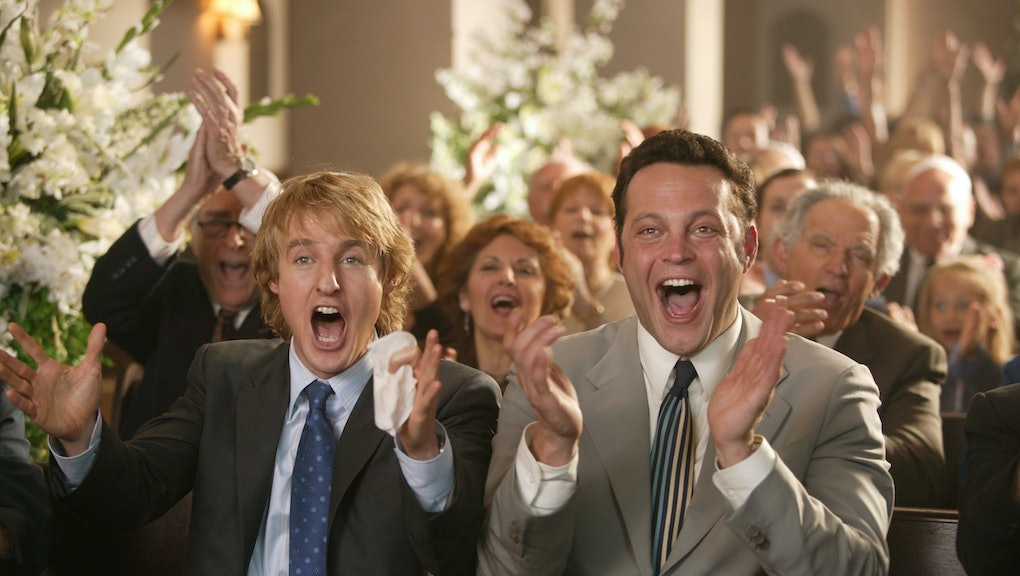 You Can Now Serve Sparkling Cannabis At Your Wedding

Forget smoking; now you can drink your cannabis — in style.

"One of the reasons you don't see a ton of [marijuana] sodas is because it's not easy to infuse cannabis into liquid," Dixie Elixirs CMO Joe Hodas said in a phone interview. "Juices [exist, but] when there's carbonation involved, it's a bit of science." A science they've perfected.

Sold in Colorado and California — where marijuana is legalized — the cannabis beverages are available in 10mg doses, 90mg doses, and larger medical 200mg doses.

A criticism of edible marijuana has been the high quantity of THC, which can put inexperienced users on the ground — or in the hospital. (There was even a 2015 death associated with consuming too high a dose of edibles.)

With a lower 10mg dose, you can actually enjoy the entire beverage without fear of, well, death, or if you're more Abbi/Ilana in your ambitions, enjoy a larger dosage. "It's much like drinking a beer — you can have one, two, three ... whatever is the right number for you," Hodas explained. He, along with campaigns such as First Time 5, suggest new users play it safe and start even smaller, with 5mg, or half a off the 10mg bottle.

While sparkling cannabis brings up champagne associations, it's important to note that their products do not contain alcohol, and as another safety note: Be advised to not combine the two. "We're supposed to avoid combining alcohol and cannabis, but I like the concept of cannabis champagne," Hodas said.

For those who don't drink or those looking to cut back on alcohol intake, sipping your cannabis rather than smoking it can provide an easy transition. "There is definitely the recreational side," he added. "You can choose to use that instead of alcohol, and there's also the medical side — everything as extreme as chemotherapy and migraine a sleep aid."

While traditional notions of celebrating 4/20 inspire recreational use, there's another reason to celebrate, with medical marijuana being used to treat everything from epilepsy to nausea associated with chemotherapy, as one user commented on the elixir page.

"We get emails from people all the time that have similar stories of how the product helped them through challenges physically and mentally," Hodas explained.

But that's not all. Sipping your sparkling cannabis can do more than provide a nice buzz or alleviate chemotherapy side effects: With the classy carbonation kick and lower and safer doses, they can also reduce stoner stigma.

"Our products are designed to have one foot in the present, one foot in the future," Hodas said. "By that I mean [appeal to] your core cannabis consumer; we also make products that are more discrete. We're making things in lower doses, which can allow people to try cannabis who perhaps never would before, and that's what really begins to strip away at stigmatization."

And that is something to toast to. Speaking of toasts, should you find yourself invited to a wedding in Denver, you may soon have to clarify: Would you like sparkling wine, or sparkling cannabis?