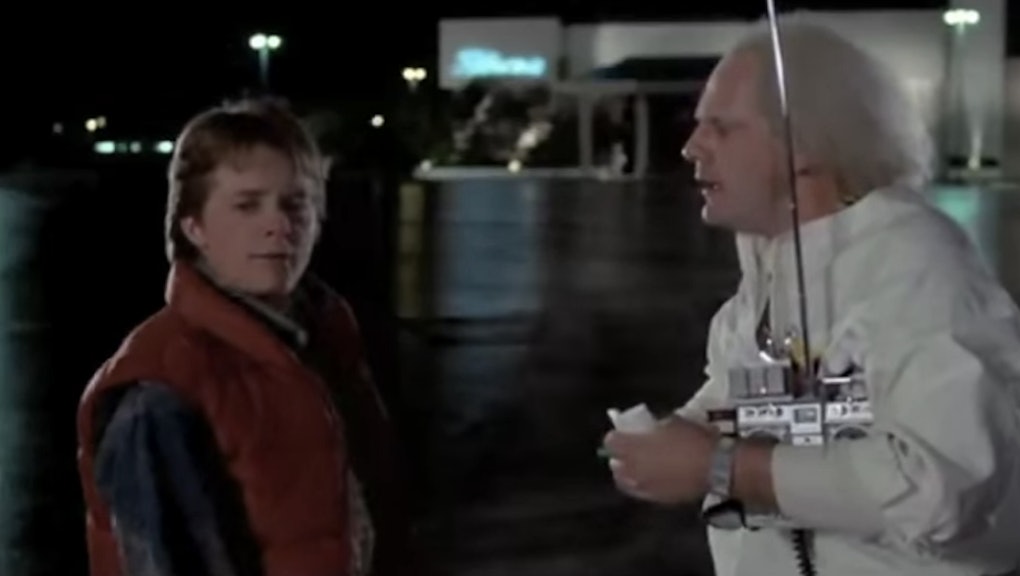 Could Time Travel Be Possible? Here Is What Some Scientists Say About the Theory

Time travel is a familiar subject of science fiction and fantasy stories, from H.G. Wells to Rod Serling to Hot Tub Time Machine. But could time travel ever be possible in real life? And, if so, how would humans even handle a technology with such great capacity for destruction?

Some scientists say time travel is theoretically possible, at least if you want to jump ahead to the future, but don't start saving up for a time machine just yet. As physicist Paul Davies explained for CNN in 2013, "Over a century ago, Albert Einstein showed that time is intrinsically elastic, capable of being stretched or shrunk by motion."

So if you were to, theoretically, take a trip in a super-fast spaceship, you might feel (and look) as though only a few years had passed, but when you arrived back on Earth, decades would have passed and all your friends and family would be dead and gone. Time travel!

But what about going backwards? Could it ever be possible to pop back in time and stop bad things from happening and good people from dying? Theoretically, if you found a way to travel faster than the speed of light, you would be moving backwards in time, according to one hypothesis.

But most scientists believe that nothing can actually travel faster than light, and, if you could go back in time, messing with the past would create all kinds of unsolvable paradoxes, like the Grandfather Paradox. What if you went back in time and killed your grandpa?!

And fictional time travel is rife with stories of time travelers inadvertently messing up their future lives. In Back to the Future, Marty McFly almost erases his own existence by meeting his flirty future-mother (ick?) and in The Butterfly Effect Ashton Kutcher's character repeatedly makes tiny changes in the past that result in major changes for his present. Not to mention countless similar plot points in Lost, Game of Thrones, Donnie Darko, Futurama... the list goes on.

This theory is known as a consistent causal loop — you can't change the past, because everything you do while you're back there has automatically already happened.

However, while some theories have attempted to propose workarounds for these inconvenient time-travel problems, it remains a pretty widely held belief that traveling backwards in time isn't possible for us humans. After all, as physicist Stephen Hawking said in his book A Brief History of Time, "If time travel is possible, where are the tourists from the future?"