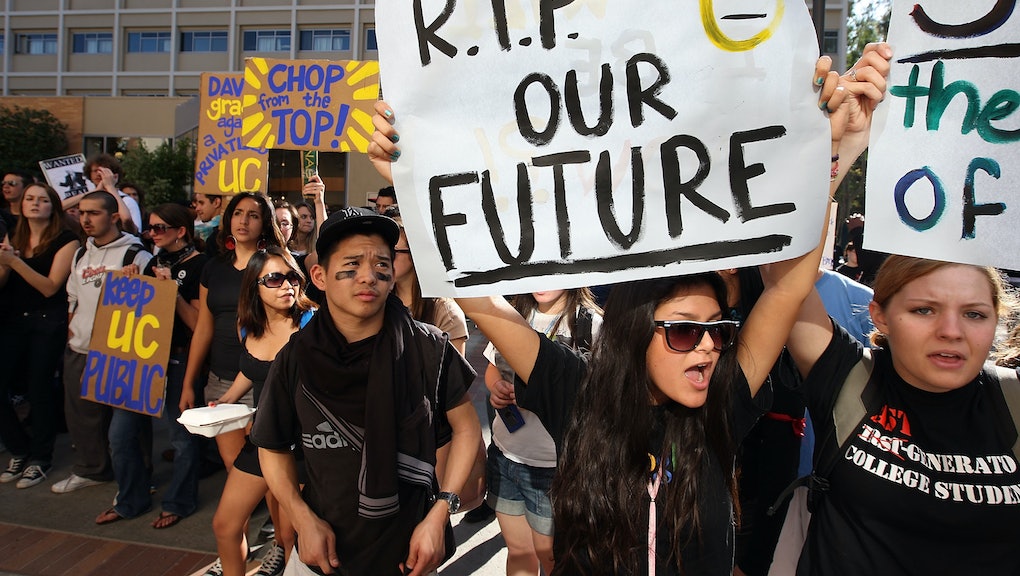 Paying Off Student Loans? Here's the Most Important Thing You Need to Know

According to the Wall Street Journal, last year's class of graduates is the most indebted class ever, with an average of $35,000 to pay back in student loans. Altogether, the class of 2015 accounts for $68 billion of the United States' more than $1.2 trillion of loan debt. And, hey! You can even watch it increase by $2,726 every second. Soothing, isn't it?

While politicians like Bernie Sanders and Hillary Clinton have proposed big plans to make college more affordable and reduce student debt, most people can't afford to wait another minute — they need solutions now.

The Institute for College and Success' 10 tips for recent grads dealing with debt mostly unite around a single theme: Know your loans.

Though it's preferable to take out student loans with the government rather than from private lenders, most students have some combination of the two. Keeping track of both — the length of their grace periods, their individual interest rates and, most importantly, when their payments are due each month — is a crucial step in ensuring you're not falling behind on or forgetting any payments. For those with only private loans or only federal loans, consolidation or refinancing can be a huge help.

One of the most obvious pitfalls to avoid is loan delinquency or default. Monthly payments (especially when they're several hundred dollars) can add up quickly and take a huge toll on your credit score. If enough payments pile up, you might have to receive a deferment or forbearance on loans, which can cause interest to accrue, causing the total amount you owe to increase. In other words: a huge bummer.

In addition to simply making student loan payments on time, prepaying when possible can help get you out of the red even faster, or at least give you a safety net if you know money will be tighter in the future.