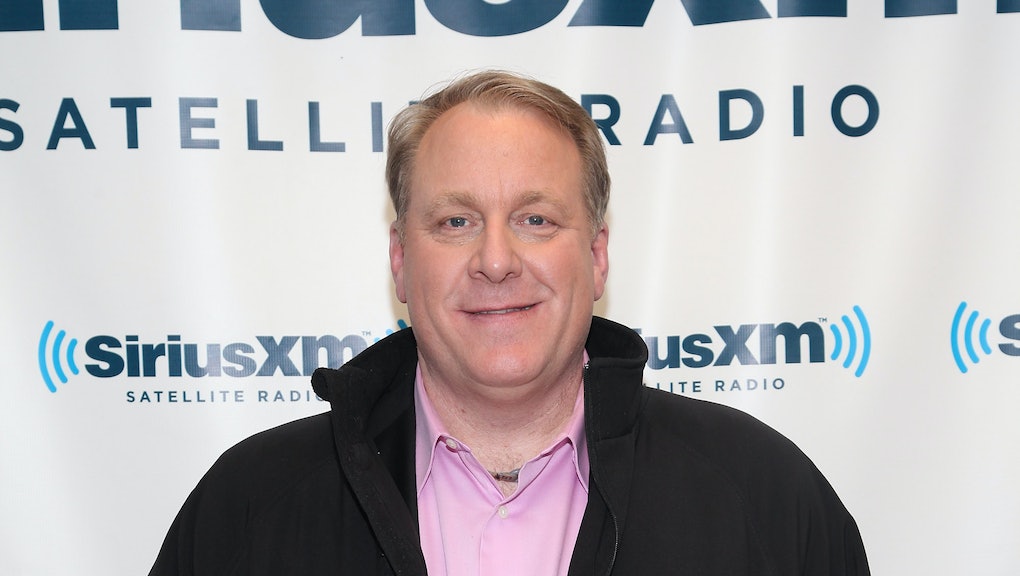 Former star baseball pitcher and ESPN analyst Curt Schilling is getting heat after allegedly sharing a hateful transphobic meme on his Facebook page this week. The post has since been deleted, but the meme was a sarcastic attack on critics of the anti-trans "bathroom bill" recently passed in North Carolina.

The New York Daily News reported that Schilling also added a comment of his own underneath the post, reportedly adding, "A man is a man no matter what they call themselves. I don't care what they are, who they sleep with, men's room was designed for the penis, women's not so much. Now you need laws telling us differently? Pathetic."

Fear-mongering memes like this one, which Schilling allegedly shared, perpetuate the rhetoric, used by proponents of the so-called "bathroom bills" claiming that banning trans people from using a public bathroom that matches their gender identity somehow protects children. In reality, such laws actually force trans people into frightening and potentially dangerous situation.

Schilling addressed the controversy in a blog post on Tuesday, in which he seemed to deny posting the meme. "I didn't post that ugly looking picture. I made a comment about the basic functionality of mens and womens restrooms, period," he wrote.

It's not clear whether Schilling actually posted the meme, but if he did, it wouldn't be the first time that Schilling got in trouble for posting offensive content on his social media accounts. In 2015, he was suspended from ESPN after tweeting a meme comparing muslims to Nazis.

Read more: Parker Posey Tweeted a Trans Joke and Twitter Is Calling Her Out for It